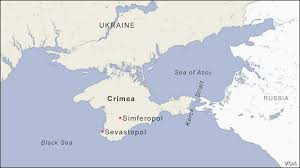 Russian Foreign Ministry on the UN, US and EU Sanctions, and Crimea

On Sept. 21, a "special event" will be held on: "The Future We Want, the UN We Need: Reaffirming our Collective Commitment to Multilateralism."

Throughout the world body's existence, it failed to end a permanent state of (largely US, NATO, Israeli) wars in multiple countries — or resolve numerous other crises.

"(W)e are firmly convinced that the 75th session of the General Assembly should focus on further strengthening the central coordinating role of the UN in international politics and consolidating the efforts seeking to form a multipolar world based on the fundamental international legal norms laid down in the UN Charter," said MZ.

Russia will promote its "top priorities, including the search for political and diplomatic solutions to conflicts, strengthening the architecture of arms control, disarmament and non-proliferation, preventing militarization of outer space and forming universal rules of conduct in the information space."

As a founding state and permanent Security Council member, Russia "will continue to contribute to enhancing its authority as an uncontested and universal platform for finding collective responses to existing challenges and threats."

Both right wings of the US one-party state use unlawful sanctions as weapons of war by other means on nations Washington doesn't control — Russia a prime target.

MZ noted that three of its nationals were falsely sanctioned by the Trump regime "for attempting to influence the US electoral process" they had nothing to do with — nor anyone else in Russia now or earlier, adding:

The latest action by Washington once again reveals its "intention to continue making unsubstantiated accusations against Russians" — unsupported by credible evidence that doesn't exist.

"We would like to remind (the) American(s) that the Russian Federation has not interfered, is not interfering, and does not intend to interfere in the electoral processes in the United States or any other country," MZ stressed.

"We invited the Americans more than once to discuss and settle all these problems in a calm and depoliticized manner through a dialogue based on mutual respect. They have not replied."

Bipartisan US hardliners go all-out waging war by hot and other means against nations on their target list for regime change — accomplishing nothing but burnishing Washington's pariah state status.

MZ explained that on Sept. 10, the "EU Council…renew(ed) sanctions" through March 2021 on Russian entities and individuals it falsely claimed were involved in "2014 developments in Ukraine" — before and after the Obama regime coup, replacing democratic governance with pro-Western/Nazi-infested fascist rule.

One again, the EU missed an opportunity to set the record straight, laying blame where it belongs — on the US and itself for supporting the flagrant UN Charter breach against a sovereign nation.

MZ: "Instead of looking for common ground as Russia has proposed, which would strengthen the European countries' positions in the modern highly competitive world, the EU continues to act out of inertia, renewing the old and inventing new restrictions against Russian people and entities."

MZ slammed the fascist Ukraine regime for actions taken "to deprive people in Crimea of fresh water as collective punishment for the free and deliberate choice they made in March 2014."

"It has to be noted that the water stoppage imposed by Kiev is ruinous not only for the peninsula, but also for Ukraine's southern regions."

Its latest unacceptable action is further proof that in cahoots with US hardliners and in breach of international law, it's "ready to engage in any undertaking, no matter how risky, for the sake of its Russophobic zeal, even if acting at the expense of its own national interests or the interests of its citizens," MZ stressed.

Separately, the US-controlled Zelensky regime in Kiev continues repressive actions against Russian-speaking Ukrainian nationals that were conducted by his predecessor, breaching their fundamental rights.

MZ slammed what she described as "forcible Ukrainization and gross discrimination against the (country's Russian-speaking population) in violation of (its) constitution and its international obligations."

MZ explained that her "crime" is "working to preserve and promote the Russian language in Ukraine, along with a visit to Crimea."

"These two actions are sufficient grounds for someone to end up behind bars in present-day Ukraine."

The country is a US installed fascist police state in Europe's heartland, a menace to its own people and neighboring Russia.