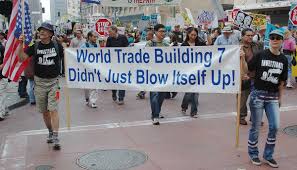 Without media support for state-sponsored high crimes — notably US-led NATO and Israeli wars by hot and other means — dark forces running things in the US, West, and Jewish state could never get away with their endless war on humanity.

This 9/11 commemoration marks the 19th anniversary of the mother of all made-in-the-USA false flags.

Official coverup and denial followed a day that will always live in infamy.

What happened on that fateful day was planned long in advance.

It was fabricated to conceal state-sponsored terrorism.

Osama bin Laden and so-called crazed Arabs had no involvement in the events of that day.

Bin Laden was an unwitting CIA asset transformed into "Enemy Number One."

Obama didn't kill Osama in May 2011, one of many state-sponsored Big Lies.

In December 2001 after a lengthy illness, he died of natural causes in a Pakistani hospital, widely reported at the time – including by the New York Times (several months later), Fox News and the BBC.

The 9/11 false flag became a pretext for waging wars on humanity at home and abroad that rage endlessly with no prospect for world peace and stability because America's military, industrial, security, media complex rejects it.

From inception, the US was never beautiful. Post-9/11, it became a fascist police state, heading toward becoming full-blown.

Its war on terror is state-sponsored terror on humanity that includes virtually every imaginable high crime against nations and their people threatening no one.

Anyone anywhere designated a threat to US rage for global dominance is vulnerable to arrest, imprisonment and indefinite detention in Washington's global gulag prison system.

Architects, engineers, physicists, pilots, former military and intelligence officers, along with other members of the public reject the official 9/11 myth — including Architects & Engineers for 9/11 Truth (AE911Truth) members.

It's "dedicated to exposing the falsehoods and to revealing facts abut the complete destruction of all three World Trade Center high-rises on September 11, 2001."

It substitutes "scientific facts and forensic evidence (for) misinformation and disinformation."

It "educat(es) and motivat(es) thousands of architects and engineers as well as the public at large."

Calling for "a truly open and independent investigation in the pursuit of justice," it urges Americans to sign its petition that states the following:

To the Members of the House of Representatives and of the Senate of the United States of America,

On Behalf of the People of the United States of America, the undersigned Architects and Engineers for 9/11 Truth and affiliates hereby petition for, and demand, a truly independent investigation with subpoena power in order to uncover the full truth surrounding the events of 9/11/01 — specifically the collapses of the World Trade Center Towers and Building 7.

We believe there is sufficient doubt about the official story and therefore the 9/11 investigation must be re-opened and must include a full inquiry into the possible use of explosives that might have been the actual cause of the destruction of the World Trade Center Twin Towers and Building 7."

Today is the most perilous time in world history because of US rage to control other countries, their resources and populations.

Establishment media are enemies of peace, equity, justice, and the rule of law for supporting what demands denunciation.

Commenting on the 19th 9/11 anniversary, the NYT continued its near-two decade tradition of mass deception about what happened on the day that the remnants of a free and open US society died.

In honoring over 2,700 9/11 victims, the Times still upholds the official falsified narrative, showing contempt for the victims of state-sponsored terrorism and millions who perished from US high crimes from then to now.

Their numbers mount daily because US wars OF terror rage endlessly in multiple theaters, including at home — notably what's going on now because of a second 9/11.

The toll on ordinary Americans and millions of others abroad may far exceed what happened after 9/11/01.

COVID-19 combined with economic collapse continue war on humanity where 9/11 left off.

US corporate favorites got bailed out this year, the vast majority of ordinary Americans sold out.

The worst of times may be yet to come, establishment media part of the problem.

WaPo's report on the 19th 9/11 anniversary continued its near-two decades of cover-up and mass deception.

The Wall Street Journal mocked adherents of 9/11 Truth, calling them a "fringe movement."

Defying reality about the 9/11 whitewash commission, the Journal reinvented its cover-up, falsely claiming its report was written with "rigor, empirical clarity and narrative power (sic)."

It included beginning-to-end Big Lies and mass deception, fooling no one aware of what happened 19 years ago.

Unaware of what I know now but suspicious about what happened, I wrote my brother on 9/11/01, remarks I still remember, saying:

"They're drinking champagne in the White House tonight."

Those aware of the diabolical plot indeed were celebrating.

Preeminent 9/11 scholar David Ray Griffin exposed the official narrative Big Lie in his exhaustive research and writings, including 10 books on the topic.

In an article titled "September 11, 2001: 21 Reasons to Question the Official Story about 9/11," he he explained the following:

(1) Although the Big Lie holds Osama bin Laden accountable, the FBI admitted it "has no hard evidence connecting" him to the attack.

(2) Although the 9/11 myth claims "devout Muslims (were) ready to die as martyrs to earn a heavenly reward, Mohamed Atta (their alleged leader) and the other alleged hijackers regularly drank heavily, went to strip clubs, and paid for sex."

(3) Claimed cell phone calls from above 30,000 feet to relatives were falsified as technology at the time made completely them impossible.

Later, the FBI changed its story, saying only two were made "from United 93 after it descended to 5,000 feet."

(4) Then "US Solicitor General Teld Olson's claim that his wife, Barbara Olson, phoned him twice from AA 77," saying hijackers controlled the plane, "was also contradicted by this FBI report," saying one call she attempted was "unconnected" and lasted "0 seconds."

(5) The FBI lied, saying Atta's luggage left behind included "decisive evidence that al-Qaeda was responsible for the attacks."

(7) Evidence shows hijackers WERE NOT on the planes.

If they broke "into cockpits, the pilots would have 'squawked' the universal highjack code," a simple two second act. However, none aboard the four flights did it.

Instead, a "stand-down order prevented (them) from being carried out."

(9) Transportation Secretary Norman Mineta said Dick Cheney, inside the White House bunker, "apparently confirmed a stand-down order at about 9:25AM," prior to an alleged plane striking the Pentagon.

"Another man has reported hearing a member of LAX Security learn that a stand-down order (came) from the 'highest level' of the White House."

(10) The 9/11 Whitewash Commission ignored Mineta's report, deleted it from the official record, "and (falsely) claimed that Cheney did not enter the (bunker) until almost 10:00…"

Philip Zelikow, head of the 9/11 Commission, was a member of the Bush White House.

(11) The 9/11 Commission contradicted what Cheney told told "Meet the Press" on September 16.

(12) Hani Hanjour, the so-called terrible pilot unable to fly a single-engine aircraft, "could not possibly have executed the amazing (AA 77) trajectory…to hit Wedge 1 of the Pentagon" that even experienced airline pilots would have had trouble negotiating, and never would have tried, fearing they'd crash and burn.

(13) Wedge 1 was the most implausible spot to be struck. It was furthest from offices of Rumsfeld and Pentagon top brass, presumably the targeted high-value officials.

It was also "the only part of the Pentagon that had been reinforced." Its reconstruction wasn't finished, so few people were there. And it presented the most difficult flight path to execute.

(14) Pentagon officials lied, saying they had no warning of an approaching aircraft.

"(A) military E-4B – the Air Force's most advanced communications, command, and control airplane – was flying over the White House at the time."

Defying reality, Pentagon officials "denied it belonged to them."

The Pentagon is the world's most carefully guarded structure, including with advanced radar and surface-to-air missiles, able to intercept and destroy any approaching threat.

(15) Without explanation, the Secret Service let GW Bush remain at a Sarasota, FL school for 30 minutes after learning the second tower was struck, ignoring standard procedures to secure his safety as presumably high-value officials were targeted.

Only advance knowledge assured them of no danger at a time media reports circulated about America being under attack.

"The lie was told in major newspapers and on MSNBC and ABC television."

(16) Their rigid steel columns made it impossible for the twin towers to crumble, let alone "at virtually free-fall speed – unless (they) had been sliced by means of explosives."

(17) Other features of the towers' destruction "can be explained only in terms of powerful explosives."

They include "horizontal ejections of steel beams, the melting of steel, and the sulfidation and thinning of steel."

"(F)ires could not have come within 1,000 degrees fahrenheit of the temperature needed to melt steel."

(19) On 9/11, Mayor Rudy Giuliani told told ABC News that he was informed that the towers would collapse, despite no basis to think so.

The so-called information came from his own Office of Emergency Management that either falsified it or had advance knowledge of the plot.

(20) Reports by NIST on the twin towers and WTC 7 were "hijacked from the scientific to the political realm…" Its "scientists" are "hired guns."

The 9/11 whitewash commission suppressed most everything vital to know about what happened that day, what Griffin called its "omissions and distortions."

"Getting the 9/11 lie exposed is essential. One obvious reason is simple justice," including for 9/11 family members never told the truth or compensated for their loss.

"There also needs to be justice in the sense of punishment for those who engineered this crime," including top government and military officials. They're "guilty of murder and treason."

Revealing 9/11 truth is also vital "for the sake of preventing further crimes against democracy."

"Many lines of evidence show that 9/11 was an inside job."