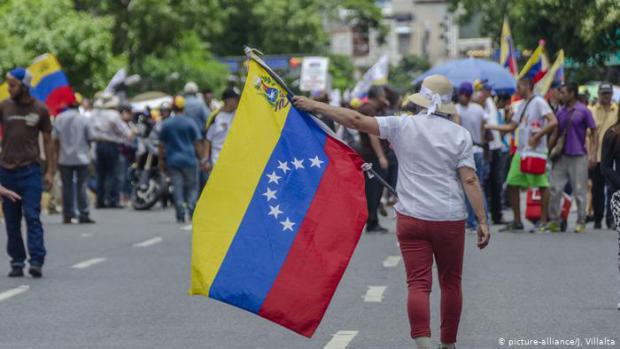 A so-called UN High Commissioner for Human Rights fact-finding mission on Venezuela based its findings on information collected outside the country from anti-Bolivarian social democracy sources.

Its findings published on September 16 read like material written by US dark forces, wanting the country transformed into a vassal state, fascist tyranny replacing the hemisphere's preeminent social democracy.

If the UNHCR was true to its human rights mandate, it would focus heavily on examining and reporting on horrific human rights abuses committed by the US-led West, Israel, and despotic regimes they support.

Reporting on Bolivarian Venezuela several times shows that the UNHCR is serving US imperial interests, its findings straight from the disloyal opposition and dark forces in Washington.

There's nothing "independent" about the UNHCR's fact-finding mission, nothing credible about its report, its conclusions perhaps pre-written and vetted by US dark forces.

Mission chairperson Marta Valinas falsely accused Venezuelan authorities of committing "serious human rights violations, some of which – including arbitrary killings and the systematic use of torture – amount to crimes against humanity."

She drew this conclusion without visiting the country, not speaking with its ruling authorities, or randomly interviewing ordinary Venezuelans.

She lied saying "crimes were coordinated and committed pursuant to state policies, with the knowledge or direct support of commanding officers and senior government officials (sic)," her report adding:

"Even conservative estimates suggest that Venezuela has one of Latin America's highest rates of killings by state agents (sic)."

In response to an earlier UN fake news report on the Bolivarian Republic, the NYT headlined "Venezuela Forces Killed Thousands, Then Covered It Up, UN Says"

In response to an earlier UN report on Venezuela, the Maduro government exposed what it called "factual errors" throughout the report.

In 2017, an imperial tool Amnesty International (AI) report on Venezuela falsely blamed its authorities for US-orchestrated violence, individuals and gangs serving its interests.

AI is at it again in response to the latest UN fake news report on Venezuela, a statement by its Americas director saying:

"In a milestone for the victims of human rights violations (sic), the much anticipated and hard-hitting report of the fact-finding mission on Venezuela endorses this serious denouncement and supports the thousands of victims in their pursuit of justice that has been denied to them in their country (sic)," adding:

"We share the UN's call to the international justice system, including the International Criminal Court, to guarantee the rights of truth, justice, reparation and non-repetition (sic)."

"The authorities under the command of Nicolas Maduro continue to commit grave human rights violations and crimes under international law, such as extrajudicial executions, torture, arbitrary detentions and excessive use of force (sic)."

Hugo Chavez earlier and Nicolas Maduro today defend Bolivarian Venezuela and its people against the scourge of US imperial aims to transform the country into a fascist dictatorship — replacing its social democracy with police state rule.

Instead of supporting and praising the hemisphere's preeminent good example, UNHCR and AI back US dark forces wanting it eliminated.