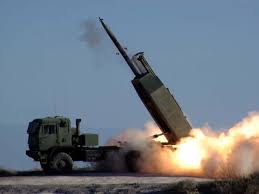 According to Reuters on Wednesday, the US "plans to sell as many as seven major weapons systems, including mines, cruise missiles and drones to Taiwan" — citing four unnamed sources.

Arms purchases being considered or negotiated are handled confidentially, not publicly disclosed.

China's Foreign Ministry stressed that US arms sales to Taiwan breaches the one-China principle both countries agreed on decades earlier.

Beijing strongly opposes foreign weapons sales to what it considers a breakaway province to be eventually reunited with the mainland.

In July, the State Department approved the sale of Patriot Advanced capability-3 missiles to Taiwan.

They're at their lowest point in decades because of his war on China by other means.

Since Taiwanese President Tsai Ing-wen was reelected in January, she prioritized strengthening the island state's military, said Reuters — what the Pentagon calls "Fortress Taiwan" against China.

The weapons package is moving through the export process, a notification to Congress expected in weeks, Reuters reported, adding:

Trump will be briefed on the sale in days. Ahead of his reelection bid, he's ramping up get tough on China rhetoric to portray Biden as soft on the country.

On Thursday, Undersecretary for Economic Affairs Keith Krach arrived in Taipei for a three-day visit — on the phony pretext of attending a memorial ceremony for former president Lee Teng-hui.

His announced visit came after Assistant Secretary of State for the Bureau of East Asian and Pacific Affairs David Stilwell said the Trump regime will bolster ties with Taiwan through new bilateral economic dialogue led by Krach.

"The White House has grown increasingly desperate to ratchet up its anti-China campaign in the days leading up to the election amid rising public criticism of (its) incompetent COVID-19 handling."

Continued "provocations on the Taiwan question have seriously damaged China-US relations, posed serious threat to peace and stability across the Taiwan Strait, and may lead to a crisis of conflict in the region."

Increased US ties to the island state disguised as "economic and commercial activities…will only hit a dead end."

"Taiwan is an inalienable part of China. The reunification of the two sides of the Taiwan Strait is the trend of history."

"China is willing to create a vast space for peaceful reunification, but will not leave any room for any form of separatist activities" — or encouragement by any nation.

At the same time, it said that no longer will it let other nations "tread on its neck," stressing that US "arrogance…will (further) isolat(e)" the country on the world stage.

Terrifying moment three-year-old girl is whisked 100 feet into the air by giant kite during...