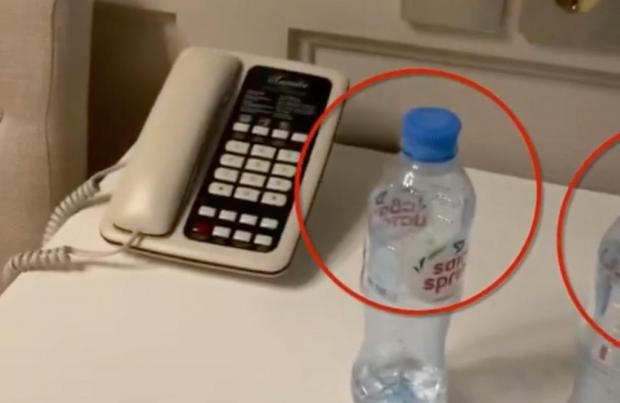 No evidence or motive links Russia to what happened to him.

Was Germany pressured, bullied or bribed to go along — at the expense of its own self-interest?

Clearly Angela Merkel, other German officials, their Western counterparts, and establishment media know the claim about Navalny's novichok poisoning is a colossal hoax.

They know that anyone exposed to the toxin, the world's deadliest, would be dead in minutes.

The same goes for others in close proximity to the exposed individual.

Navalny is very much alive and recovering nearly a month after falling ill.

No one he came in contact with developed novichok poisoning symptoms.

Russian doctors treating him with state-of-the-art equipment and tests found no toxins of any kind in his system.

They saved his life and stabilized his condition, enabling him to travel to Berlin for further treatment.

If the Kremlin wanted him dead, he'd have been left untreated in Russia to die.

He's recovering because of heroic treatment by Russian doctors.

On Thursday, elements close to Navalny shifted the fake news novichok poisoning narrative from tea he drank in the Tomsk, Russia airline terminal to the deadly nerve agent in his hotel room water bottle.

Are other versions of what happened to him coming ahead?

Claiming novichok traces were found in a hotel water bottle he drank from doesn't pass the smell test.

The deadly substance in an opened hotel room bottle would likely contaminate and kill anyone near it.

If, in fact, Navalny was poisoned by novichok in his hotel room overnight, he'd have died in minutes, clearly not what happened.

The novichok in a hotel room bottle scenario is implausible on its face.

Claiming members of his team entered his hotel room after learning of his illness, found it uncleaned, and examined everything potentially useful for an investigation — "recording, describing, and packing" everything would have exposed them to novichok if it existed by touching the alleged bottle with the toxin.

Whatever happened to Navalny wasn't from novichok poisoning in a bottle or from any other source.

On Thursday, Russia's Foreign Ministry spokeswoman Maria Zakharova said Moscow's representative to the OPCW Alexander Shulgin requested copies of files the organization received from Germany on Navalny's condition, but got no response, adding:

"According to our data...Germany and a whole number of (other Western) countries (are) cultivating the OPCW" with regard to the Navalny incident.

Since he arrived in Berlin for treatment over three weeks ago, Merkel's government stonewalled Russia by refusing to provide evidence it claims to have about novichok poisoning because there is none.

On Thursday, majority Russophobic European Parliament (EP) MPs adopted a resolution that calls for an "immediate launch of an impartial  international investigation (sic)" on the Navalny incident by the EU, its allies, the UN, Council of Europe, and OPCW — to frame Russia for what happened to Navalny.

Time and again earlier, they irresponsibly bashed Russia in cahoots with the US, adopting non-binding resolutions.

According to Zakharova earlier, anti-Russia propaganda is based on "paranoia…phobias, fictitious messages (and) myths."

Interviewed by Radio Sputnik in Moscow, Sergey Lavrov said Western governments want Russia "punished both for what is happening in Belarus and for the incident with Navalny," adding:

They refuse to fulfill mandated obligations under the European Convention on Legal Aid by not responding to official requests by the Russian Prosecutor General's Office for documented information on Navalny's condition.

"Germany says that it cannot tell us anything. They say, go to the Organization for the Prohibition of Chemical Weapons (OPCW)."

"We went there several times. They say go to Berlin."

"They loudly declare that the fact of poisoning has been established. Except for Russia nobody could have done it. Admit it."

"All this has already happened with the" fake news Skripals novichok poisoning incident.

Russia is a valued ally of all world community countries.

Instead of fostering cooperative relations with Moscow, actions by Germany and other EU countries risk rupturing them.