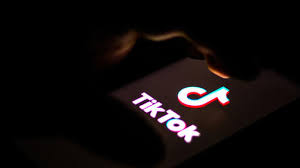 Since taking office, the Trump regime blacklisted scores of Chinese tech-related companies from doing business in the US.

His actions have been all about wanting China's development, growth, and prominence on the world stage undermined to give corporate America a competitive advantage.

He falsely accused ByteDance's TikTok video-sharing firm of being a threat to US national security.

In December,  the Pentagon banned its use by military personnel on government-issued devices.

The DNC warned against using the video-sharing platform.

It's hugely popular with over 100 million US users, countless millions more worldwide — why it's drawn scrutiny in Washington.

On Friday, his Commerce Department said as of Sunday, new US TikTok downloads will be prohibited.

The WeChat mobile text and voice messaging communication service will be banned at the same time from using services in the US for its app to function.

For now subject to change, TikTok users can still use its apps. Henceforth, no upgrades are allowed as of Sunday.

Most restrictions imposed on the firm by Trump's EO don't take effect until November 12.

On Friday, Commerce Secretary Wilbur Ross said "the only real change as of Sunday night will be (that US TikTok users) won't have access to improved apps, updated apps, upgraded apps or maintenance."

Trump's EO requires TikTok to sell its US operations to a corporate America firm, part of his war on China by other means.

The company's agreed on alliance with Oracle is in limbo over continued invented Trump regime national security concerns.

According to Bloomberg News, the US Committee on Foreign Investment claimed that the agreed on deal between both companies wasn't enough to resolve Trump regime national security concerns.

Talks between them and US officials continue. As currently structured, ByteDance retains majority ownership of TikTok.

Trump's August EO mandates its sale to a US firm to continue operating in the country.

According to Bloomberg News on Friday, TikTok and its parent company ByteDance filed suit late Friday in US federal court, challenging Trump's order that blocks US firms from doing business with them.

According to the suit, "Trump exceeded his authority when he moved to ban the app, and did so for political reasons rather than to stop an 'unusual and extraordinary threat' to the US," Bloomberg reported, adding:

His action if enforced will "destroy an online community where millions of Americans have come together to express themselves," according to the company's complaint.

His Commerce Department "ignored evidence" that shows the firm's commitment to user privacy and security, it states, adding:

It "mandate(s) the destruction of TikTok in the United States," an unlawful action.

According to UC Berkeley Center for Law and Technology executive director James Dempsey:

TikTok's complaint will likely be rejected. US "(c)ourts generally do not review the president's determinations on questions of national security."

Dempsey didn't address terms of TikTok's deal with Oracle. Both companies agreed that the Chinese firm would retain its algorithms, Oracle having control of US user data.

Control of US user data by a US firm should resolve this issue.

Continued objections to the deal by the White House and some in Congress show what's going on is continued China bashing unrelated to national security concerns.

China's Global Times noted that "(f)rom (a) technical point of view, the potential deal between TikTok and Oracle has done a good job of addressing national security concerns, but the question is:"

"Does the US suppression on specific Chinese companies really have anything to do with national security or users' data protection? Probably not," adding:

The US " is increasingly closed to outsiders."

"There has never been any factual evidence to justify US bans on TikTok and WeChat, but that hasn't stopped the US from resorting to 'mafia-style' extortion."

US actions are clearly unrelated to national security concerns.

They're all about China bashing and "punish(ing) (its) tech companies for their successful expansion in the US market."

On Saturday, China's Commerce Ministry said if unacceptable US actions continue, Beijing will take steps to safeguard the rights and interests of its enterprises.