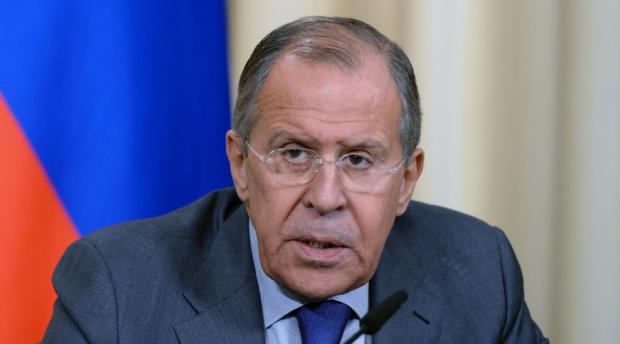 As long as Russia and other nations remain independent of US control, relations with them by its dark forces running things will remain fraught with dangers.

In the run-up to US November 3 elections, false accusations of Kremlin meddling in the process and related issues "are already at the top of the (US political season) agenda," Lavrov explained, adding:

"We have got used to this over the past years. It did not start with the current (US regime), but during Barack Obama's presidency."

He falsely claimed "that Russian leadership was intentionally seeking to damage relations between Moscow and Washington (sic)" — ignoring that it's the other way around.

It's been longstanding US policy since Russia's 1917 revolution, punctuated by brief periods of cooperative relations, notably during WW II to defeat the scourge of Nazism.

The Obama regime was notably hostile toward Moscow, said Lavrov, falsely accusing the Kremlin of interfering in the US 2016 presidential election, the same phony claim resurfaced today — never any evidence cited because none exists.

Lavrov called US seizure of "Russian (diplomatic) propert(ies)" in the US, expelling dozens of its diplomats, and related actions an "unprecedented…hostile takeover," adding:

Good faith efforts by Moscow to restore cooperative relations with the US haven't "yield(ed) positive results."

Unacceptable US "domestic policy is imbued with so much rhetoric that it fails to reflect the actual state of affairs on the international stage."

Nations, entities, and individuals unwilling to bend to Washington's will face "illegal sanctions for the sake of wining as many points as possible in electoral races, which is done without hesitation or scruple."

This unacceptable policy is increasingly being followed by the EU, mimicking US lawlessness, bending to its imperial will on most issues.

Lavrov stressed that Russia "will work with any government elected in any country. This also applies to the United States."

At the same time, Moscow "is interested (in addressing issues) based on the principles of equality, mutual benefit, and commitment to respecting a balance of interests."

"Presenting ultimatums is pointless. If someone still fails to understand this, they are not fit to be politicians."

The latter remark applies to most members of the US political class, ignoring the rule of law, supporting Washington's hegemonic agenda, its endless war on humanity at home and abroad — along with their own self-interest.

Lavrov sees no evidence that longstanding unacceptable US actions will change any time soon, including its rage to impose illegal sanctions on invented adversaries.

On the Navalny incident, the US-dominated West automatically blames Russia for his illness despite no evidence or motive suggesting it.

Clearly German, other European and US officials know that the claim about his novichok poisoning is a colossal hoax.

They know that anyone exposed to the toxin, the world's deadliest, would be dead in minutes.

The same goes for others in close proximity to an exposed individual.

Yet the Big Lie about what happened to him persists, Brussels in cahoots with Washington to sanction and otherwise punish Russia for what they know it had nothing to do with.

Lavrov explained that if the Navalny incident wasn't used as a pretext to bash Russia, other invented reasons would be concocted.

For the US-dominated West, "everything serves the purpose of undermining relations" with Russia.

Lavrov noted that the Pentagon refuted NYT fake news claims about Russia paying bounties to Taliban fighters to kill US forces in Afghanistan. Once again, no evidence or motive suggests what's clearly untrue.

Lavrov: "In the age of social media, disinformation and fake news, it suffices to let out any made-up piece of information into the media, and no one will ever read refutations later."

The first draft of events captures public attention when headlined and repeated.

When misinformation, disinformation, Big Lies and fake news are later exposed, reality gets little or no public attention because establishment media most often ignore it.

Lavrov expressed great concern about anti-Russia historical revisionism — what he called "aggression against history" — that aims to "revis(e) modern foundations of international law that were formed in the wake of World War II in the form of the UN and" its Charter principles the US and West breach repeatedly.

Russia is being "insulted by" phony claims that the Soviet Union was more responsible for WW II than Nazi Germany.

"Only two countries vote against it, namely, the United States and Ukraine."

Failure to learn from to avoid repeating past mistakes assures their repetition.

In an age of super-weapons, repeating them risks catastrophic consequences.

Moscow "views nuclear weapons solely as a means of deterrence whose employment is a last resort and forced measure, and (after) taking all necessary efforts for reducing the nuclear threat and preventing the escalation of inter-state relations that can provoke military, including nuclear, conflicts."

Putin spokesman Dmitry Peskov stressed that "Russia will never initiate use of nuclear weapons" preemptively against any nations.

Lavrov expressed concern about "alarming trends," notably abandonment by the US of the landmark INF Treaty and JCPOA nuclear deal.

Also its unacceptable, officially declared intention to deploy hostile intermediate and shorter-range nuclear-capable ballistic missiles close to the borders of Russia and China.

Abandoning the INF Treaty gave both right wings of the US war party "a free hand" to threaten both countries and others with these weapons.

Months ago, Vladimir Putin urged Western and other leaders to join with Russia in establishing a moratorium on use of these WMDs against anyone.

France's Macron alone replied, expressing interest in the idea, including for increasing dialogue with Russia.

Without East/West cooperation, world security and stability will remain unattainable.

Cooperative relations between Russia and the West have been further undermined in the wake of the Navalny novichok poisoning hoax and coup plot against Belarusian President Lukashenko.

Yet true to his diplomatic outreach mandate in dealing with world community nations, Lavrov hopes for improved conditions ahead.

At the same time, as long as Washington's hegemonic agenda remains unchanged, world peace, stability, and East/West cooperation the way it should be will remain unattainable.