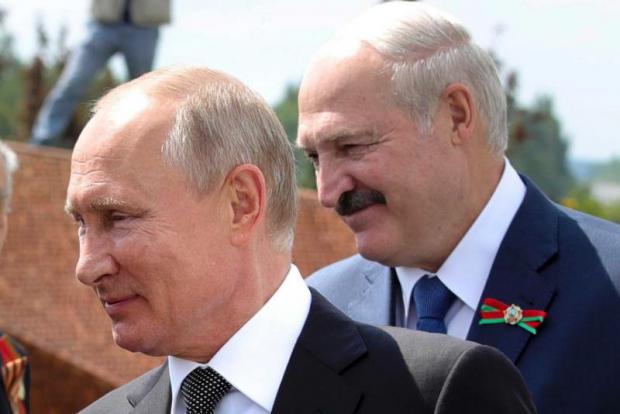 Author/historian/US policy critic William Blum documented America's imperial policies since WW II in his books and other writing — explaining all of the above in detail.

US policies throughout its history includes virtually every conceivable form of lawlessness at home and abroad.

Things began by exterminating Native Americans to expand the US from sea-to-shining sea.

Foreign meddling began in the mid-19th century by stealing half of Mexico.

On September 11, 1990 — in the run-up to preemptive US war on Iraq, dubbed Operation Desert Storm — GHW Bush told a joint session of Congress the following:

US war on Iraq presents "a rare opportunity to move toward an historic period of cooperation."

"Out of these troubled times (sic), a New World Order can emerge."

McAlvany Intelligence Advisory earlier defined it to mean the following:

"A supranational authority to regulate world commerce and industry…"

"(A)n international police force to enforce the edicts of the New World Order."

It includes ruler-serf societies worldwide with no middle class, no democracy, concentrated wealth and power, manufactured crises and permanent wars, and NATO serving as a global police force.

All of the above and more of the same would constitute a grim new normal, dystopian harshness that combines the worst of Orwell's 1984 and Huxley's Brave New World.

Societies worldwide would be more unsafe and unfit to live in than already.

The grand scheme involves transforming one nation after another into US vassal states.

Belarus is in the eye of the storm. The tiny country is important to US imperial plotters because it borders Russia.

She's likely too politically inexperienced to understand how she's being used — her actions and remarks scripted by US dark forces.

"…Belarus is not the only example" of how the EU colludes with Washington against other countries in breach of the UN Charter and other international law.

"We call on the European Union to reconsider this course, which leads to the erosion of the legal basis of the international order, and in the case of Belarus, hinders normalization in the country."

Stressing the illegality and destabilizing effects of possible EU sanctions on the country, Zakharova added:

"Our position regarding the sanctions mechanism used by the European Union is well-known."

"It is illegitimate in terms of international law and represents unacceptable interference in internal affairs."

"And in the context of the situation in Belarus, it contradicts the goal of restoring stability, establishing a dialogue, launching the constitutional process, and easing tensions, which EU representatives have said so much about."

"EU foreign ministers' overtures to the self-appointed Belarusian opposition representative and her invitation to Brussels 'to communicate' is an integral part of the scenario to meddle in Belarus' domestic affairs."

"It is a brazen violation of fundamental norms of the United Nations Charter and the Helsinki Final Act of the Conference on Security and Cooperation in Europe, which anniversaries are marked by international community this year."

Russia views unacceptable bloc actions as further "proof of the European Union's retreat from previous statements that there is no geopolitics in regard to Belarus or any parallels with the scenario of February 2014 in Ukraine when certain EU nations had come forward as so-called guarantors of the agreement between the government and opposition, which was trampled on the next day."

"The attempts to 'rock the boat' are obvious, and Brussels should not be surprised that there will be a response," Zakharova stressed, adding:

"Behind imaginary concern for the people of Belarus, the EU actually tries to decide for them how they should live."

"We would say again that the EU prefers not to talk about the constitutional reform, which aims to promote a nationwide dialogue in this country."

"In general, we can see that disrespect for objective intra-political realities, rampant support to opposition forces, up to recognition of 'impostors' by certain EU member states which Brussels is unable to 'rein in,' and the option to oust the current government through sanctions, pressure and propaganda are being increasingly entrenched in the EU foreign policy arsenal."

"Regrettably, Belarus is not the only example in this respect."

Separately, remarks by Belarusian Foreign Ministry spokesman Anatoly Glaz were similar to his Russian counterpart — stressing "impudent and open interference in the internal affairs of our country and complete disrespect for its citizens" by the EU and US.

Reciting remarks scripted by her US handlers, Tikhanovskaya called for "international community" intervention in Belarus by video message to the UN Human Rights Council — supporting the made-in-the-USA coup attempt to topple the country's legitimate government.

On Wednesday, Sergey Lavrov said during Lukashenko's Sochi meeting with Putin days earlier, both leaders discussed implementation of the 1999 Union State treaty between both countries, adding:

"Work is underway." Because over 20 years passed since both nations agreed on the treaty, governments of both nations "began to work on identifying the agreed-upon steps that would make our integration fit current circumstances."

Lukashenko agreed on the need to deepen integration after resisting the idea throughout most of his time in office since 1994.

Given a made-in-the-US coup plot to replace him with pro-Western puppet rule, Lukashenko appears more willing for Belarus to join with Russia as part of a Union State.

As the saying goes, the devil is in the details.

At the same time, consummation of a Union State agreement between both countries most likely would be an effective way to defeat the US coup plot.

Things are moving in this direction. It also makes sense because around 80% of Belarusians are ethnically Russian. Both countries share a slavic heritage.

They're each other's most important political, economic, trade, and defense partners.

Lavrov expressed confidence about achieving bilateral integration — perhaps to be announced in the coming days or weeks.