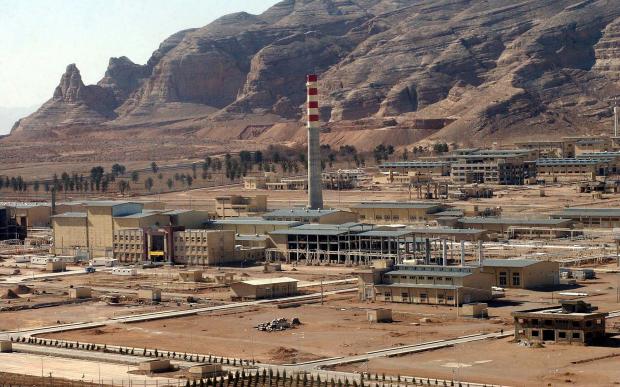 According to an unnamed Trump regime official, too ashamed of his Big Lie to reveal himself, Iran can produce a nuke by yearend — what it never had, doesn't want, and seeks elimination of before these weapons can eliminate us.

According to Reuters on Sunday, the Trump regime "will sanction more than two dozen people and entities involved in Iran's nuclear (sic), missile and conventional arms programs," according to the same unnamed "senior US official," adding:

"Speaking on condition of anonymity, the official said Iran could have enough fissile material for a nuclear weapon by the end of the year (sic)."

"He did not provide…evidence" of his claim because there is none.

On Monday, Trump is expected to sign an executive order that unlawfully imposes sanctions on nations, entities, and individuals involved in legally buying or selling Iran conventional weapons — in defiance of Security Council permission after October 18, making it binding international law.

Phony claims about Iran seeking nukes have been debunked for years, notably by Israel's Netanyahu.

Western and other countries ignore nuclear armed and dangerous Israel.

Nor is anything done to condemn its unlawful stockpiles of chemical, biological, and other banned terror weapons.

The world community and establishment media remain silent about its existential threat to regional peace and stability.

The same goes multiple times over for US-dominated NATO — an unparalleled threat to world peace and stability.

In stark contrast, Iran hasn't attacked another country in centuries. It's the region's leading proponent of peace, stability, and cooperative relations with other nations.

Whenever its legitimate nuclear facilities are monitored by the IAEA, its inspectors affirm Iranian compliance with its Non-Proliferation Treaty (NPT) and other nuclear obligations.

Rolling back its voluntary JCPOA commitments is permitted by Articles 26 and 36 because of non-compliance by other JCPOA signatories — to be reversed if Britain, France, Germany, and the EU fulfill obligations they breached so far.

Claims about an Iranian nuclear threat by US and Israeli officials are fabricated whenever made.

So is falsely claiming that the Islamic Republic poses an existential threat — what applies to US-dominated NATO and Israel, not Tehran.

He lied accusing Iran of "fomenting terror in the region for 40 years" — official US policy worldwide, not how Iran operates anywhere.

He roared about unilaterally imposing snapback sanctions on Iran and threatening them on anyone legally selling the country conventional arms — in defiance of world community opposition and the rule of law.

Ignoring US forever wars by hot and other means worldwide along with Iran's peace and stability agenda, he said:

"We're not going to allow them to do business in the world (sic)."

"We're not going to allow them to create the very wealth that destroys the opportunity for peace in the region (sic)."

The world community knows that Iran's agenda is peaceful, not confrontational, that its legitimate nuclear program has no military component — that the US and Israel pose an existential threat to the country and its people, not the other way around.

"Iran is clearly doing everything it can to keep in existence a virtual turnkey capability to get back into the weaponization business at a moment's notice should it choose to do so (sic)."

He lied adding that "Iran wants a nuclear weapons capability and the means to deliver it (sic)."

These phony claims are like crabgrass and horse manure.

They're everywhere — unjustifiably justifying US lawlessness against Iran and other nations on its target list for regime change.

No Iranian "atomic" program ever existed, no covert plan to develop nukes, no evidence proving otherwise.

On nations free from Washington's repressive boot, lying is what it does in demeaning them.

Instead of challenging the unnamed Trump regime official, Reuters reported his Big Lies without presenting evidence that debunks them.