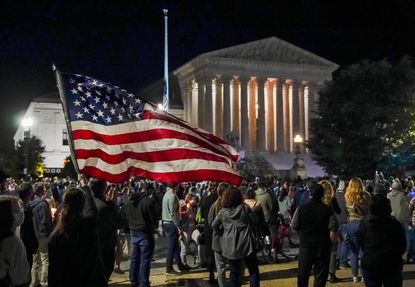 Shortly before her Friday death, she said her "most fervent wish is that I will not be replaced until a new president is installed."

Before joining the ACLU, then heading its Women's Rights Project nearly half a century ago, Ginsburg said the following:

"I wanted to be a part of a general human rights agenda (that promotes) the equality of all people and the ability to be free."

A Senate battle looms over who'll replace her on the High Court.

"The American people should have a voice in the selection of their next Supreme Court Justice."

"Therefore, this vacancy should not be filled until we have a new president" elected in November and inaugurated the following January.

Obama "can and should send the Senate a nominee right away."

"It would be unprecedented in recent history for the Supreme Court to go a year with a vacant seat."

"Failing to fill this vacancy would be a shameful abdication of one of the Senate's most essential Constitutional responsibilities."

In 1992, then-Senator Joe Biden urged the body to refrain from confirming a new Supreme Court justice in an election year.

GOP Judiciary Committee members refused to hold hearings on a Supreme Court nominee until after a new president took office.

On Friday, McConnell about-faced on his 2016 position, saying Trump's High Court nominee "will receive a vote on the floor of the United States Senate."

It's unclear if he has enough GOP support in the majority Republican controlled body.

During Trump's impeachment trial, GOP Senators Collins, Murkowski and Romney agreed with Dems on hearing testimony from witnesses against him.

According to Alaska Public Media News, Murkowski said she won't vote on a Supreme Court justice nominee ahead of November elections.

Romney voted for Trump's impeachment, the only Republican to join with Dems against him.

So far, he hasn't said if he will or won't vote on a High Court nominee before the upcoming election.

On Saturday, Collins said the following:

"(I)n fairness to the American people…the decision on a lifetime appointment to the Supreme Court should be made by the president who is elected on November 3rd."

GOP Senator Chuck Grassley said he won't vote on a High Court nominee in 2020, adding "that's a decision I made a long time ago."

GOP Senate Judiciary Committee chairman Lindsey Graham expressed a similar view weeks earlier, later backtracking by saying he'd "like to fill vacancy (on the High Court if it occurs). But we'd have to see."

With 53-seat GOP Senate control, if four Republican members refuse to vote on a Trump nominee, whoever is elected US president in November will most likely get his choice brought to the Senate for consideration.

At a campaign rally in Fayetteville, North Carolina, Trump said "I will be putting forth a nominee next week. It will be a woman."

"Let me be clear. If Leader McConnell and Senate Republicans move forward with (confirmation of a Trump High Court nominee), then nothing is off the table for next year."

His remark pertains to senior Dems who suggested the possibility of adding more justices if a Trump nominee is confirmed by the Senate, Biden defeats him in November, and Dems regain control of Congress.

In November 2017, Law Professor Jonathan Turley expressed support for expanding the Supreme Court from 9 to 19 members over about a 20-year period.

Congressional legislation signed into law would be required to expand the number of Supreme Court justices.

According to UC Berkeley Law School Dean Erwin Chemerinsky, "(t)he idea of expanding the size of the Supreme Court will get traction if the (Dems) take the White House and Congress in 2020," adding:

"It is the only way to keep there from being a very conservative Court for the next 10-20 years."

In 1863, Lincoln added a 10th justice on his own on the pretext of "preserving the union and ending slavery."

Clearly he sought the former while being indifferent about the latter.

The Constitution does not specify a number of High Court justices.

Congress initially authorized 6 justices. In 1807, another justice was added, two more in 1837 to the current total of nine after enactment of the Judiciary Act that year.

As long as Republicans control the Senate and Trump is president, he can legally nominate and send his High Court choice to the body for consideration.

There's nothing legally Dems can do to stop this from happening —other than by appealing to public opinion and urging at least 4 GOP senators to support having whoever is elected US president in November nominate his choice for the High Court to consider.