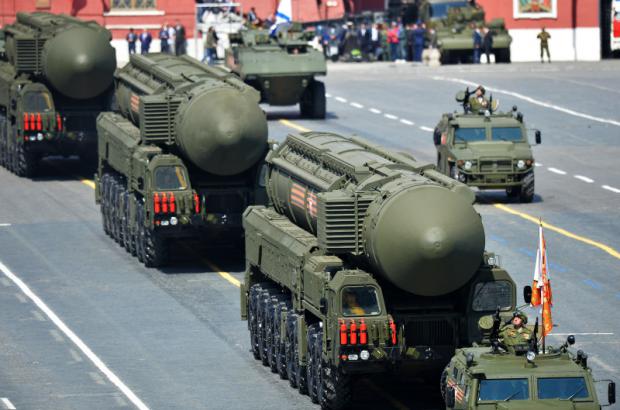 New START is the last remaining US/Russia arms control agreement — Trump on the cusp of abandoning it.

The agreement imposes limits on US and Russian nuclear warheads and bombs — as well as on deployed ICBMs, submarine-launched ballistic missiles (SLBMs), and nuclear-capable heavy bombers.

Both right wings of the US war party want arms control deals dismantled to remove constraints on development of super-weapons able to end life on earth if used in enough numbers.

On all things arms control and virtually all other geopolitical issues, the US demands other nations bend to its will, even at the expense of their own interests.

On Tuesday, a Washington Post propaganda piece falsely claimed that "Russia (is) giv(ing) little indication of whether it will agree to an arms control deal before…Trump faces reelection (sic)," citing unnamed regime officials.

His envoy for arms control Marshall Billingslea said New START won't be extended by the US unless Russia agrees to its (one-sided) demands.

Putin offered to extend it in its current form for five years, as the agreement stipulates, with no preconditions.

If both sides fail to agree, it'll expire in February 2021, what appears likely because of unacceptable Trump regime demands.

According to Russian Deputy Foreign Minister Sergei Ryabkov on Monday, the unacceptable deal Billingslea proposed "would certainly be a good deal for the US," adding:

"As for the Russian side, there are no grounds for any kind of deal…"

"All three points that are put forward by the United States as a precondition for them to decide in favor of the extension of the New START appears to us to be too far-reaching and lacking attractive elements."

"Realizing the complexity of moving forward, taking into account how different our approaches are and how far they are from each other, we propose to extend the New START as it was signed."

If the Trump regime proposes to balance interests on the basis of parity "without claims of unilateral steps towards them from Russia," then extending "will probably be possible."

"But it will take time to develop it. We will be able to secure it if New START is extended" in its current form.

So far, both sides remain far apart on key issues with time running out to resolve differences.

A key disagreement is the Trump regime demand for no limit on deployment nuclear-capable intermediate and short-range missiles close to Russia's borders.

Based on Billingslea's hardline position, along with seeking a so-called less-than-five year "memorandum of intent," not a New START extension in its current form, it's increasingly clear that Pompeo and other regime extremists want the agreement abandoned.

They want their unacceptable demands accepted.

The late Harold Pinter said "US foreign policy can still be described as "kiss my ass or I'll kick your head in," using language to this effect, adding:

"What all this adds up to is a disease at the very center of language, so that language becomes a permanent masquerade, a tapestry of lies."

The US doesn't negotiate with other countries. It demands, "diplomacy" by ultimatums.

The last US/Russia arms control agreement is heading toward abandonment by the Trump regime because of demands made to be rejected, not accepted.

That's where things now stand a few weeks ahead of US November elections.

If Biden defeats Trump and he becomes a lame duck, he may focus entirely on challenging the outcome for a second term, perhaps abandoning further New START talks.

If things turn out this way or if talks continue and remain deadlocked, New START expiring in February, Russia will respond defensively to US development and deployment of advanced super and other weapons that threaten its security.

The risk of direct confrontation by accident or design by the US side will be ominously greater.

Manipulated by Pompeo and other regime hardliners, geopolitical know-nothing Trump is heading things toward a more perilous time than already exists.