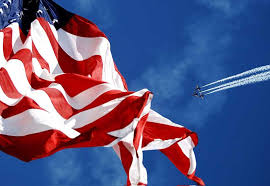 US rage for dominating other countries by hot and/or cold wars poses an unparalleled threat to humanity.

US drive for hegemony is in stark contrast to the multi-world polarity agendas of China, Russia and Iran — prioritizing peace, stability, and mutual cooperation among all nations.

"To meet the special challenges of our time, we need to solidify our cooperation within the framework of CICA (Conference on Interaction and Confidence-Building Measures in Asia)."

"We need to secure a pivotal role for the organization, to advance multilateralism, and to ensure inclusive collaboration."

"It is imperative for us to pool our resources to jointly tackle the enormous challenge(s)" of our time.

Days earlier, Iran's envoy to Britain Hamid Baeidinejad slammed the US for "behaving like a bully," its actions "isolat(ing) itself from the international community."

On Thursday, Russian Foreign Minister Sergey Lavrov stressed that the "interdependence and interconnectedness of all states without exception in all spheres of public life is the most important" way to deal with vital issues of our time," adding with reference to Washington's hegemonic agenda:

"(O)ur common misfortune has failed to smooth out the differences between some states."

"On the contrary, it has exacerbated many of them."

"The very moments of crisis that we observed in international relations earlier have resurfaced."

"A number of countries are increasingly…look(ing) abroad to find those who are responsible for their problems at home."

"There are obvious attempts by individual states to use the current situation to promote self-serving and fleeting interests and to settle scores with unwanted governments or geopolitical rivals."

"(T)he practice of imposing unilateral, illegitimate sanctions persists, (notably by the US) which undermines the authority and prerogatives of the UN Security Council."

Again with reference to the US, Lavrov called attacks on the UN system "absolutely unjustified."

"(O)vercom(ing) the most pressing problems of humankind" is only possible by mutual cooperation among all nations, especially major ones, said Lavrov.

It's been unattainable throughout the post-WW II period because of US-dominated NATO's rage for endless wars by hot or other means.

What the world needs now is global cooperation against a made-in-the-USA "political virus," its blaming other nations for its own wrongdoing, its "unilateralism and bullying," adding:

"The US flexes its (political and military muscles (globally, unlawfully) interfering…in the internal affairs of other countries…"

Its "cold war mentality" and drive for hegemony "push(es) the world into a dangerous situation."

It's "erecting protectionist barriers and destabilizing the world supply and industrial chains."

It's "wielding the big stick of unilateral sanctions, frantically containing and suppressing foreign (countries and) companies, and attempting to artificially cut off the international flow of capital, technology, product, industry and personnel."

Jun's call for the US to change its unacceptable ways fell on deaf ears of its one-party state with two right wings.

On Thursday, she used the world stage to bash China and Iran unjustifiably.

Falsely accusing Iran of "funding and arming terrorists around the world" — a US specialty, not how Tehran operates anywhere — she shifted her venom at China, reciting a litany of bald-faced Big Lies, sounding like Chinaphobe Pompeo.

Time and again, GOP and Dem hardliners falsely blame countries they want transformed into pro-Western vassal states for high crimes committed against them.

A "safer and more secure world" is unattainable because of Washington's geopolitical agenda, its hegemonic aims, its war on humanity, its abhorrence of peace, stability, cooperation among all nations, and the rule of law.

Russia and Iran US 2020 Election Meddling?