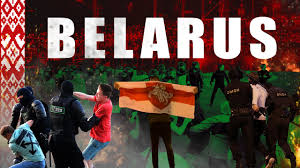 What's gone on following Belarusian President's overwhelming August 9 reelection is the latest made-in-the-USA coup plot to transform a nation it seeks control over into a pro-Western vassal state.

Since the Clinton co-presidency toppled Serbia's Slobodan Milosevic in 2000, US color revolutions became a favored tactic by US regimes to replace independent leaders with ones willing to subordinate their nations' sovereign rights to US interests.

Some plots succeeded. Others failed, Belarus the latest one in progress despite its leadership with Russian support having the upper hand.

Their mission is all about disruptively subverting democracy and instigating regime change through labor strikes, mass street protests — most often around elections — major media agitprop, and whatever else it takes short of military conflict.

State-of-the art IT and communication techniques are used.

Cyberwar involved is what blitzkrieg was to 20th century warfare.

The strategy failed in Hong Kong last year and sporadically this year.

In Belarus, it's in play — unsuccessfully for the past 7 weeks for failing to enlist support from loyal to President Lukashenko security forces.

It calls for extrajudicial sanctions with no legitimacy on Russian officials for Alexey Navalny's illness neither they or the Kremlin had anything to do with.

What happened to Navalny has clear earmarks of a US plot to block completion of Russia's Nord Stream gas pipeline to Germany, other Western European countries to benefit from the project.

The measure virtually certain to pass both houses of Congress overwhelmingly directs the White House "to determine if the Kremlin has violated US laws prohibiting the use of chemical and biological weapons" — ones used by Pentagon and its imperial partners in all preemptive US wars on invented enemies.

The measure also requires a report on what it calls "the personal wealth amassed by the corrupt practices of Vladimir Putin and his inner circle (sic)."

On all things corruption, disdain for the rule of law, and abhorrence of democratic governance the way it should be, no nation anywhere approaches how the US operates at home and abroad — an increasingly tyrannical police state.

Bilateral Russia/US relations already are beyond repair. The above Senate bill is another nail in its coffin.

"We do not welcome such decisions." Lacking legitimacy, they'll have no affect on Russian/Belarusian ties.

"Stones and other items were thrown at law enforcement agents in a bid to inflict bodily harm," injuring some police officers, adding:

"A total of 364 citizens, including 252 people in Minsk, were detained yesterday for violating the mass events regulations."

"As many as 320 people were placed in detention centers pending administrative offenses hearings."

What's going on is similar to made-in-the-USA violence, vandalism and chaos in Hong Kong Last year, the pattern rearing its ugly head in Belarus.

Calling it "neither nor fair" turned truth on its head.

Plucked from obscurity Svetlana Tikanovskaya never remotely had a chance to defeat Lukashenko.

On Thursday, Reuters reported that Britain, in cahoots with the US and Canada, is preparing (illegal) sanctions on a "whole range of potential (Belarusian) individuals."

Heightened tensions in the country could simmer for months, what happened in Hong Kong last year.

If Biden defeats Trump in November and succeeds him in January, will he target Hong Kong again, sustain the failing US coup plot in Belarus, escalate war in Syria, Afghanistan and Yemen, as well as intensify hostile actions against Russia, China, Iran, Venezuela, and North Korea?

Will he launch wars by hot and other means on new fronts?

Neither he or Trump deserves support from anyone for peace, stability, governance of, by and for everyone equitably, and the rule of law.

Like most past US federal elections, the choice for US voters is none at all.