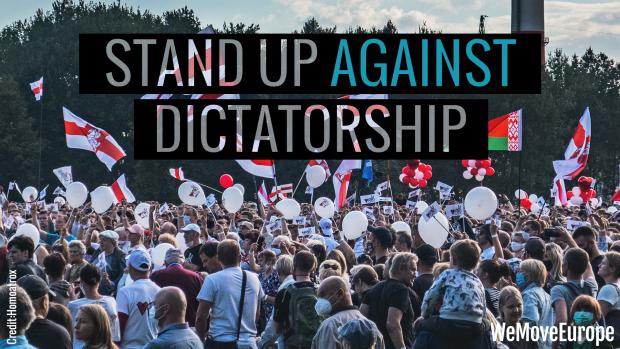 On all things geopolitical mattering most, Western establishment media long ago lost credibility.

They substitute fiction for facts, state-approved propaganda over truth and full disclosure.

The self-styled newspaper of record NYT notably abandoned what it calls "cover(ing) news as impartially as possible…avoiding conflicts of interest…guard(ing) the paper's integrity" it long ago abandoned along with journalism the way it's supposed to be.

It's only available through reliable independent sources, largely online, never from the Times and other establishment on issues mattering most, notably geopolitical ones, especially about nations on the US target list for regime change.

On August 9, incumbent Belarusian President Lukashenko was legitimately reelected for another term.

For the US, its imperial partners and establishment media, election results are only considered valid if candidates Washington supports are declared winners, never if individuals unwilling to sell their souls and their nation's sovereign rights to US interests triumph.

Now it's headline news because of US aims to transform the country into a pro-Western vassal state.

On Thursday, imperial mouthpiece NYT berated EU countries for failing so far to impose (unlawful) sanctions on Belarus, Lukashenko, and officials connected to him.

Like virtually always when elections don't turn out the way dark forces in Washington wish, the Times called Lukashenko's legitimate reelection "fraudulent" — no evidence cited because none exists.

Failure to (extrajudicially) impose sanctions on the country and its officials is "more than embarrassment," the Times roared, adding:

It shows the EU to be "weak, divided and incapable of effective and rapid strategic action."

Most often, including on Belarus, the bloc is subservient to US imperial interests.

The same goes for the Times and other establishment media.

The late Gore Vidal called the self-styled newspaper of record the "Typhoid Mary of American journalism" for good reason.

According to the broadsheet the so-called "Open Technology Fund (OTF) "had to stop all its operations in Belarus…Hong Kong and Iran."

Unmentioned by the Guardian is OTF's mission.

Established by the US Broadcasting Board of Governors (BBG) in 2012, it's part of so-called Radio Free Asia (RFA) — involved in US propaganda regionally on the phony pretext of promoting "Internet freedom," a notion US dark forces abhor and aim to undermine.

The UK owned and controlled BBC rejected Lukashenko's legitimate reelection, falsely calling the process undemocratic — what applies to US, UK and other Western elections left unexplained.

Regime change actions in the country are too "nonchalant…festive…and velvet" to succeed.

Left unexplained in the West is that so-called Belarusian opposition and orchestrated street protests were and continue to be made-in-the USA — what's going on a classic US color revolution attempt to crush Belarusian sovereignty.

Held annually since 2015, these countries take turns hosting them. Serbia also participates in them, abstaining this year because of US orchestrated turmoil in Belarus.

According to Russia's Defense Ministry, Russian and Belarusian forces "practiced tasks related to repelling a joint aggression against the Union State," adding:

Commenting on the drills, The Hill falsely claimed that "(t)he Russian military presence in Belarus has started (sic)," adding:

Joint military exercises "can easily turn into a nearly continuous Russian military presence in Belarus and the establishment of permanent Russian bases there (sic)."

"Such a development would pose a serious threat to the ability of NATO countries to defend the Baltic states against Russian subversion (sic)."

No responsible editors would permit publication of the above rubbish.

Russia supports Belarusian sovereignty — to be retained if both countries unite in a Union State as called for in their 1999 treaty.