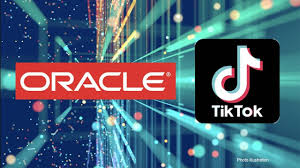 Beijing "is unlikely to condone the White House's strong-arm acquisition…(N)o deal is better than (one) made under duress."

Trump falsely accused TikTok of threatening US national security, part of his regime's war on China by other means.

The hugely popular platform has over 100 million US users, millions more worldwide.

By executive order, Trump gave ByteDance 90 days to divest from TikTok or its platform would be banned from the US.

Trump's EO demanded TikTok to sell its US operations to a corporate America firm.

On September 17, Bloomberg reported that Byte-Dance, Oracle, and Trump's Treasury Department "tentatively agreed" to terms for US investors to acquire a majority stake in TikTok, including 20% ownership for Oracle.

On September 24, Reuters said the deal "is under heavy scrutiny" by the White House, its exact terms not yet finalized."

On Saturday, Reuters said "(a) judge will hold a hearing on Sunday on whether to allow a Commerce Department ban on new TikTok downloads from Apple Inc and Alphabet Inc Google app stores from taking effect," adding:

ByteDance "made a preliminary deal for Walmart Inc and Oracle Corp to take stakes in (TikTok), exact terms…remain unclear."

If finalized and approved by US and Chinese authorities, the deal will create a separate US company.

It excludes transfer of TikTok's proprietary technology and algorithms, Oracle allowed to inspect the source code for security checks.

This would "put the private data of Chinese citizens and China's national security at a risk."

"We have enough reasons (already) to question the motivation of the US government."

"We will process it according to the relevant laws and regulations," a ministry statement said.

On Sunday, a US judge will hear arguments on and may rule whether to allow the Trump regime to ban TikTok downloads, what his Justice Department seeks.

The Global Times called what's going on an unacceptable "mafia-style robbery of a lucrative Chinese business and cutting-edge technologies."

It claimed his "close relationship" with Beijing threatens the security of US citizens - no evidence cited to back the dubious accusations.

"What the US wants, we definitely cannot give," adding:

"From the perspective of" TikTok, its ByteDance owner, and Beijing, "this cannot be allowed to happen."

It the US gets access to TikTok's source code, it can "use it to attack (China) or any user of the software from anywhere around the world," what Beijing won't allow.

Citing Chinese technology experts following the TikTok/Oracle/Walmart deal, the Global Times believes that Beijing is "unlikely to approve it," adding:

It "will take all necessary measures to protect the Chinese business and technologies from the US robbery, even if that could cost the Chinese firm (loses access to) the US market."

According to China Cybersecurity Review Technology and Certification Center's Qi Yue, if the US gets its way on the Tik/Tok/Oracle/Walmart deal, "it would not be a good trend for our country."