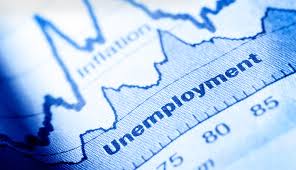 Dire US economic condition exceed the worst of earlier times.

Current conditions are unprecedented in US history with no signs of turning things around any time soon. More on this below.

The number includes 837,000 filing for state UI, along with 650,000 applying for Pandemic Unemployment Assistance (PUA).

PUA is the federal program for workers not eligible for regular UI.

Nothing on this scale ever occurred in the US for a duration this long since record-keeping began.

The current status is likely to continue unresolved at least until post-November 3 elections.

It's virtually certain to be rejected by Senate-controlled Republicans. Majority Leader McConnell opposes the bill.

On Thursday, Dem Speaker Pelosi and Treasury Secretary Mnuchin failed to resolve differences on aid to states and local governments, as well as on other issues.

The House bill calls for the following:

Reinstatement of $600 in weekly unemployment benefits through January.

Another $1,200 direct payment to qualified Americans.

$436 billion to states and local governments for one year.

Funding for another round of Payroll Protection Program loans to hardest hit businesses.

Another $25 billion for airlines to cover payroll costs.

Billions of dollars for rental and mortgage assistance.

$250 billion for state and local governments.

$75 billion for COVID-19 testing and contact tracing, and $60 billion for rental and mortgage assistance.

According to economists Carmen and Vincent Reinhart:

The current "situation is so dire that it deserves to be called a 'depression.' "

"It seems disrespectful to the many losing their jobs and shutting their businesses to use a lesser term to describe this affliction."

In recent economic declines, the Reinharts explained that some  growth engines remained intact, including during the 2008-09 financial crisis.

"Not this time," they stressed, adding:

"The last time all engines failed was in the Great Depression."

"The collapse this time will be similarly abrupt and steep. "

It's already worse than the 1930s, perhaps much harder times ahead with unprecedented numbers of businesses going bankrupt, countless others operating far below capacity. See below.

In Q II, the US economy contracted at an annualized 32.9% because of widespread sector shutdowns.

In US economic crises since the mid-19th century, it took on average eight years for GDP to return to the pre-crisis level, the Reinharts explained.

"(A) long journey out of a deep hole" lies ahead, they stressed.

According to the National Bureau of Economic Research (NBER), the US economy peaked in February — marking the end of expansion that began in June 2009.

According to Feeding America in 2020, food insecurity in the US ranges from 8.6% in Loudoun County, VA (with the highest median per capita income) to 34.2% in Jefferson County, MS — with one of the nation's lowest per capita income.

By population size, LA County, Harris County, TX (including Houston), and Cook County, IL (including Chicago) have the highest number of food insecure people in that order.

Around one in four US households experienced food insecurity this year — over 27% of households with children.

A Northwestern University Institute for Policy Research study estimates the number of food insecure households with children at nearly 30%.

According to the UN World Food Program, acute food insecurity worldwide may double this year over 2019.

Days earlier, the Economic Collapse blog discussed an "explosion of bankruptcies and layoffs in the US unlike anything…ever seen before."

The Wall Street Journal reported that "(r)etail store closings in the US reached a record in the first half of 2020 and the year is on pace for record bankruptcies and liquidations (because of) the downturn's severity."

Bankruptcy attorney Al Togut expects "an avalanche" of firms going out of business through end of 2020.