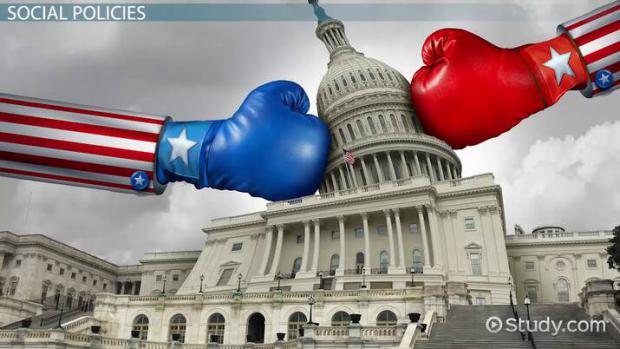 Supporting Dems or Republicans on November 3 assures continuation of governance of, by, and for wealth and power interests at the expense of peace, equity and justice for all.

The latter is what democracy is all about, what's been absent in America from inception by design.

The former assures forever wars on humanity at home and abroad, government in cahoots with corporate predators against the public welfare, and police state toughness on nonbelievers — what undemocratic fascist rule is all about.

In the US, it's wrapped in the American flag to conceal its dark side, mass deception supported by establishment media — serving as press agents for powerful interests against the rights and welfare of ordinary Americans.

Alternative parties have no chance to change dirty business as usual continuity because things are rigged against them to assure they're marginalize and prevented from taking the nation in a positive direction.

Voting for their candidates can only make a statement for peace over endless wars, social justice, human and civil rights, along with other progressive policies in hopes that one day revolutionary change will become reality, not just an unfulfilled dream like now.

He calls himself "a socialist who believes self-organization, independent political action, and international solidarity by the working class and oppressed people for full political and economic democracy is the way to build a society of freedom, equality, solidarity, peace, and ecological sustainability."

Activist Angela Walker is his running mate. A independent socialist, she calls herself "a Fred Hampton, Assata Shakur socialist."

An African-American mother and grandmother, she's "a fierce advocate for the rights of Black, Brown and Indigenous people, the LGBTQIA community, Labor and the Earth itself."

The progressive Green Party (GP) platform is worlds apart from what Republicans and Dems support.

It calls for democracy the way it should be, social justice, ecosanity, and peace, stating the following:

"In a democracy, individuals come together to form structures of governance that protect and advance the common good."

"We, the People, have a responsibility to participate in self-government through all the means that our Constitution provides."

Duopoly rule and corporate power undermine what democracy is supposed to be all about.

Daily events in the US should scare everyone. Peace in our time doesn't exist.

Anti-war, human and civil rights champions, whistleblowers, journalists doing their job responsibly, and other activists are targeted for elimination.

Ordinary people are increasingly on their own, including during the hardest of ever hard times like now.

International, constitutional and US statute laws don't matter. Rules are what Washington says they are.

The late Doug Dowd called for "we the people" to act before it's too late.

Voting achieves nothing under duopoly rule, each wing of the one-party state like the other on issues mattering most.

Social justice in the US is dream that's far removed from reality. The GP opposes an unprecedented wealth gap growing increasingly wider.

It supports "the working poor, (the (fast disappearing) struggling middle class, and those who increasingly cannot make ends meet."

It calls for public education the way it should be, universal healthcare, an end to corporate welfare, and a nation that's safe and fit to live in for all.

"Civil rights and equal rights" for all are the foundation of truly democratic societies, notions ones in name only like the US abhor and don't tolerate.

The GP outlines in detail principles it supports that boil down to democracy the way it should be, peace, equity, and justice for all according to international, constitutional, and US statute laws.

Today's America is polar opposite what its candidates stand for.

Ordinary people in the country deserve what they've been denied throughout their lifetimes.

Voting for Green Party candidates can make a statement.

Popular revolution is the only solution. Nothing else can produce positive change.