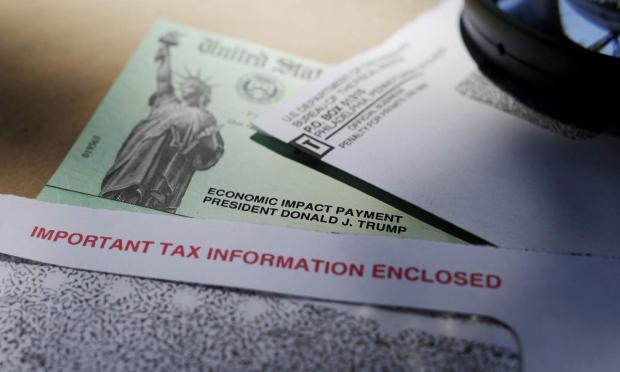 At a time of dire economic conditions — worse than during the Great Depression with real unemployment at 26.9% and likely to rise ahead — Republicans and Dems remain at odds over federal aid to jobless Americans, small business, states, and local communities.

On Tuesday, Trump said the following:

"I have instructed my representatives to stop negotiating until after the election when, immediately after I win, we will pass a major stimulus bill that focuses on hardworking Americans and small business."

It calls for aid to unemployed US households through January, Payroll Protection Program loans for businesses in need, financial help for cash-strapped states and local governments, among other provisions.

While it's unclear whether Republicans and Dems would reconcile differences for a package to be passed by both houses in the coming days, Trump's action scuttled the possibility until at least post-November 3 elections.

Follow-up tweets that call for congressional bills on aid to unemployed households, small businesses, the airlines, and other economic sectors separately — instead of a comprehensive package in one measure appears to be a pre-election stunt to take credit for anything passed by Congress he signs into law, rejecting what he opposes.

Dems are unlikely to go along with the unacceptable idea.

At a time of unprecedented economic crisis conditions, over one million Americans applying for unemployment insurance or Pandemic Unemployment Assistance (PUA) for 28 straight weeks, and countless numbers of businesses going bankrupt, the need for federal help during the hardest of hard times is overwhelming.

Instead of prioritizing this issue over all others by Congress and the White House, both right wings of the one-party state politicized it — each seeking an advantage over the other ahead of upcoming elections.

Millions of unemployed workers with no income and scant savings face possible eviction or foreclosure of their mortgages because they're unable to meet their financial obligations — through no fault of their own.

At the same time, business bankruptcies are accelerating.

According to the National Federation of Independent Businesses (NFIB), around one-fifth of US small businesses closed or will shut down in the coming months because of dire economic conditions with no relief in prospect for turning things around.

Between now and yearend, conditions are likely to worsen.

If Biden defeats Trump, DJT will have no incentive to go along with Dems on fiscal stimulus, leaving things in limbo at least until a changing of the guard in late January.

As economic conditions keep weakening, large US corporations are announcing tens of thousands of layoffs, making a dire situation worse.

If Biden wins in November — what's most likely based on poll results — and Trump challenges the outcome, political instability, rioting, more looting than already, and violence could follow.

DJT is whistling past the graveyard with tweets like (o)ur economy is doing very well."

"The stock market is at record levels. Jobs and unemployment (are) coming back in record numbers."

"We are leading the world in economic recovery, and the best is yet to come."

While he tweets, Rome burns.