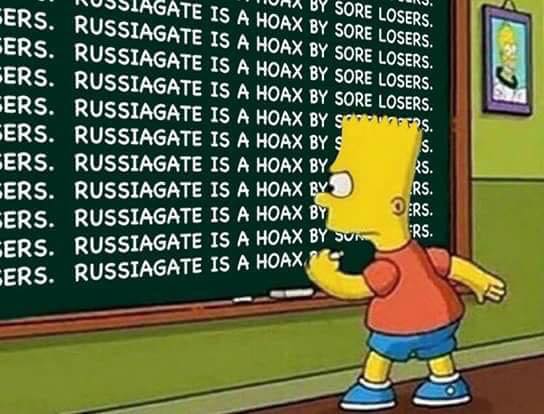 On Tuesday, Trump tweeted the following:

"I have fully authorized the total declassification of any & all documents pertaining to…the Russia Hoax. Likewise, the Hillary Clinton email scandal. No redactions!"

What he authorized and what's released may be worlds apart. As he often says, we'll see what happens.

Since taking office in January 2017, he failed to act against Hillary and Russiagate hoax co-conspirators, nor for using her personal server for classified State Department business, Clinton Foundation criminality, and other wrongdoing too serious to ignore.

He also tweeted that fabricated Russiagate was "declassified by (him) long ago" — blaming others for his failure to pursue accountability.

Hillary and Brennan cooked up Russiagate to distract attention from her private service use for official State Department business and her other dubious practices.

What Ratcliffe declassified wasn't published, the public unable to see it. Establishment media won't publish it, only what's detrimental to Trump, not Dems.

They no doubt will go all-out to prevent greater public knowledge than already about one of the most shameful political chapters in US history — their fingerprints all over it.

DNC elements cooked up Russiagate to falsely blame the Kremlin for US election meddling to help Trump — knowing the accusation was a bald-faced Big Lie in 2016, the same true for November 3.

Not a shred of evidence about alleged Russian US election meddling was ever presented by Washington's intelligence community, the House, Senate, or farcical Robert Mueller probe.

Yet the Russiagate hoax has been around since the 2016 presidential campaign.

The Big Lie won't die because establishment media pump new life in it to vilify Trump for the wrong reasons, ignoring the most important right ones.

Key members of the US political class and most others in Washington are unindicted war criminals belonging in prison, not high or lower-level office.

Not in the US or elsewhere in the West — where time and again war criminals win peace prizes, the best in the West most worthy shunned.

The latter is all about Kremlin unwillingness to sacrifice the nation's sovereign rights to US interests — remaining free from its imperial boot, intending to keep things this way.

Chinagate is a Russiagate spinoff. State-sponsored fear-mongering gets most people to believe that both nonbelligerent countries, threatening no one, are existential threats to the US and West.

Claims by Western officials and go-along establish media are meant to deceive, not inform.

Whatever comes out publicly about Hillary, Brennan, and other Dems — now or later — won't change a thing in Washington.

Its political process is too debauched to fix — why so-called elections when held always turn out the same way.

Ordinary people lose out — always. The rarest of rare exceptions prove the rule.