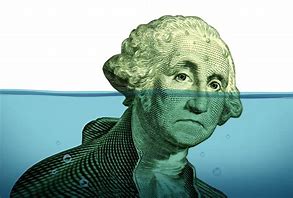 It calls for aid to unemployed US households through January, Payroll Protection Program loans for businesses in need, financial help for cash-strapped states and local governments, among other provisions.

Inaction comes at a time of dire economic conditions that exceed the worst of Great Depression years.

Economist David Rosenberg minced no words, saying "(w)e are in a depression — not a recession, but a depression."

"(T)he dynamics of a depression are different than they are in a recession because depressions invoke a secular change in behavior."

"Classic business cycle recessions are forgotten about within a year after they end."

"The scars from this one will take years to heal."

To date, according to the US Chamber of Commerce, "25% of small businesses shut down."

A YouGov/CBS poll found that 85% of Americans won't board an airplane, fearful of contracting Covid disease.

A Washington Post/University of Maryland poll found only around one-fifth of Americans willing to dine in an indoor restaurant.

According to Rosenberg, "asset prices…don't reflect the economic depression because they have been so heavily sedated by unprecedented fiscal and monetary policy stimulus."

"Beneath that veneer, there is rot."

"(W)hat we face at this very moment is a very uncertain economic future."

"And, unfortunately, most of the longer-term risks are to the downside."

"At some point, the well will run dry."

"Nothing lasts forever, not even what seems for now to be an endless lifeline of government support."

Is protracted Depression inevitable? Will the 2020s repeat the 1930s in worse form?

His undefined offer — subject to change — is $400 billion less than what House Dems passed last week.

On Friday, Senate Majority Leader Mitch McConnell said a new stimulus package is "unlikely in the next three weeks" pre-election.

Republicans and Dems are at odds on key issues, notably financial aid to cash-strapped states and local governments.

They also differ sharply on aid to unemployed Americans.

Chances are nothing will be agreed on and enacted into law pre-election.

Millions of jobless Americans are in limbo, their resources running out, while Republicans and Dems jockey for political advantage ahead of November 3.