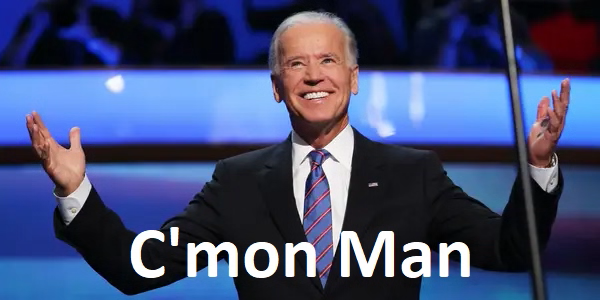 According to Professor of Psychology Christopher Ferguson, "there's an even chance of the next (US) president experiencing cognitive decline."

Diagnosed with Alzheimer's Disease (AD) after leaving office, Ronald Reagan's "speech patterns (mainly in his second term were) consistent with those of individuals in the earliest stages of AD," Ferguson explained, adding:

Dementia is different "from normal age-related brain changes. Though many cognitive abilities remain intact with age, some do decline."

Older adults may experience diminished "speech fluency." They may focus on tasks less intently than when younger.

Their memory may be less keen, their reaction time slower, their energy level diminished.

While Ferguson stresses that diminished capacities like the above don't mean that older adults can't be productive members of society, handling the rigors of being president and commander-in-chief is an entirely different matter.

Occasional misstatements and mangling of words by Biden and Trump aren't signs of dementia.

They do suggest a degree of normal cognitive decline that comes with aging for some adults, more noticeable in Biden than Trump.

According to some Washington insiders, notably Dem officials,  it's an open secret in the nation's capital that he's in significant cognitive decline, based on statements making little or no sense like saying "I think we can win back the House" currently controlled by Dems to confusing his wife with his sister.

He forgot lines adolescents know from the Declaration of Independence, jumbling them saying:

"We hold these truths to be self-evident. All men and women are created, by the, you know, you know the thing."

He momentarily forgot what office he was running for, saying:

"My name's Joe Biden. I'm a Democratic candidate for the United States Senate."

Early this year, he falsely said he was arrested in South Africa for trying to visit Nelson Mandela in prison, what his campaign explained never occurred.

He falsely claimed to have worked with Chinese leader Deng Xiaoping on the 2015 Paris Climate Accord. Deng died in 1997.

He claimed his tax credit plan will put 720 million US women back to work. He told Iowans "(w)e choose truth over facts."

The US population is around 330 million.

Last March, the National Review said "(i)t may be uncomfortable to bring up the former vice president's visibly diminished mental capacities, but it's vital that we do," adding:

"Joe Biden seems to be putting on a show of having vim and vigor without actually possessing it. He looks like a hostage to his age and the needs of his party."

The Washington Post earlier questioned whether Biden is mentally fit to be president based on noticeable misstatements, even confusion over what state he's in.

He called Fox News anchor Chris Wallace "Chuck," and falsely referred to his late son Beau as "attorney general of the United States."

Most everyone makes occasional misstatements. Biden does it repeatedly, a sign of cognitive decline, especially some of his whoppers like those quoted above.

WaPo earlier noted that if elected in November, Biden "will be the first octogenarian president in American history" — two years after being inaugurated, adding:

"It is fair to ask whether voters are choosing a candidate who's not up to the job."

Evidence appears to suggest it.

He may be unable to complete four years in office.

He's highly unlikely to seek a second term if elected.

If he defeats Trump in November, will Kamala Harris be elevated to the nation's highest office before the November 2024 election?

Was that what Dems planned by choosing her as his running-mate?