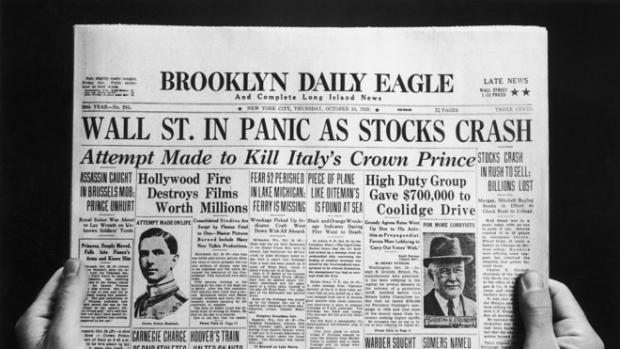 The nation I grew up in long ago no longer exists, the disturbing reality of today's US.

As a boy, adolescent and youth with nothing special going for me, advantages I had are gone.

On Wednesday, the Economic Policy Institute (EPI) said workers in the US aged-16 to 24 "face high unemployment and an uncertain future," adding:

Countless millions of US workers "of all ages" are enduring high unemployment — at a time of economic collapse that could be long-lasting.

"Young workers have experienced worse outcomes than older workers leading up to and during the" the current depressed conditions.

"Over one-third of young workers (with jobs) are underemployed."

It's "a rogue institution that comprises a clear and present danger to the future of prosperity and liberty in America," adding:

Wall Street speculators and US politicians don't grasp the danger of "the most egregiously inflated financial bubble ever."

"(W)e're on the cusp of a economic crisis that could eclipse anything we've seen before. And most people won't be prepared for what's coming."

When Stockman was appointed Reagan budget director in 1980, "US public debt was…$863 billion."

During a 30-day period last summer, Washington borrowed more than the nation's lawmakers fom inception of the republic in 1776 through 1980.

According to the US Debt Clock, the national debt today exceeds $27 trillion and keeps exploding higher.

On October 1, Wall Street on Parade explained that the Fed handed Wall Street over $9 trillion this year that produced speculative excess.

Something similar is going on today — secretive emergency lending, giveaways to monied interests.

The Fed isn't "provid(ing) information on to whom or how much it" handed out trillions of dollars.

How much more free money for speculative excess will follow ahead?

In the run-up to and following the 2008-09 financial crisis, the Fed "arbitrarily decided to provide an unlimited money spigot to Wall Street's trading houses whenever they are at risk of blowing themselves up as a result of their own hubris," Wall Street on Parade explained.

Conditions today are far more dire than then. The open-ended Fed money spigot most likely will pour out countless more trillions of dollars than already.

A day of reckoning awaits one day. The greater the speculative excess, the more damaging the eventual price to pay.

Like always before, ordinary people will be hardest hit.

Current hard times may continue for years, the lives and welfare of countless millions of Americans adversely affected.

With current unemployment at nearly 27% today — based on the pre-1990 calculation model, median income is much lower.

When I was at a young working age, single-income households could support middle class living standards — no longer.

To get by today, households need two or more jobs. According to the Social Security Administration:

Around two-thirds of US workers made less than $50,000 annually.

Unemployment, underemployment, and poverty affect millions of US households, things likely to worsen ahead.

For years, especially during the new millennium, America has been systematically thirdwordized.

The nation is heading toward becoming a full-blown ruler-serf society — controlled by police state harshness.

At a time of economic collapse, hard times are especially hard for most people to get by.

The "house of cards (US economy is) built on quicksand, with a tsunami on the way," he stressed in his latest commentary.

Casey predicts a "Greater Depression" ahead — to be "(m)uch different, much longer lasting, and much worse than the unpleasantness of 1929-1946."

If Trump v. Biden November election results are disputed no matter who wins, what Casey considers likely, "mass unrest…stock market convulsions, a dollar collapse, and much more" could happen in the post-election period.

Clearly these are no ordinary times.

Endless US wars by hot and other means rage abroad.

Around 100,000 small business suspended operations or shut down permanently. Growing numbers of medium-sized and large ones filed for bankruptcy.

At a time of Depression-level unemployment, growing hunger and homelessness, along with deepening deprivation overall, US politicians prioritize their own interests, and those of corporate America they support — at the expense of essential to life and welfare needs of ordinary people.

Looking ahead to next year and beyond, things may get much worse for a protracted period with little relief for most Americans in need.

Will something similar happen in the 2020s at a time when super-weapons can to kill us all if their full destructive power is unleashed?

It's the wrong time to be young or working-age at a time when future prospects in America may be dire for a protracted period.

Instead of bipartisan efforts in Washington to turn things around, the worst of times are likely to continue.

Will they exceed Great Depression hardness throughout the 2020s?

No one of Franklin Roosevelt's stature exists in Washington today.

There's no likelihood of all-out efforts to create jobs for unemployed workers — no matter which right wing of the one-party state controls the White House and/or Congress.

Ordinary Americans are largely on their own during the hardest of hard times, likely to get harder in the months ahead.