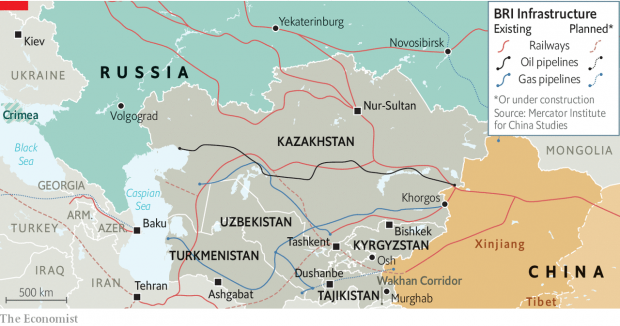 US spending for weapons development and production, the Pentagon's empire of bases, endless wars of aggression, and homeland security crackdowns on fundamental freedoms already matches or exceeds what the world community of nations spend combined.

In 2018, Project Censored reported a whopping $21 trillion gone missing from the federal budget from 1998 through 2015 — no doubt trillions more hidden wasteful spending from then to now plus $9 trillion or more handed to Wall Street for speculation by the Fed this year alone.

Most hidden and reported US spending for militarism and warmaking, a monumental black hole abuse of power left unexplained by US officials. Major media ignore it.

The notion of external or internal threats to US national security is a colossal hoax.

Funds should be diverted for vital homeland needs, including essential to public welfare social spending, rebuilding the nation's crumbling infrastructure, and reducing the crushing federal debt.

The nonexistent threat is repeated with disturbing regularity. Esper wants up to 5% more annually for greater militarism and war-making.

In his Heritage Foundation address, he said the following:

"The bottom-line question we must answer is this: If called upon to fight tonight, are we ready?"

"Today, given our efforts of the past few years, I am fully confident that the answer to that question is a resounding 'Yes,' " adding:

"China and Russia are attempting to erode our hard-earned gains as they undermine international rules and norms and use coercion against other nations for their own benefit (sic)."

Reality is polar opposite Esper's Big Lie. War on humanity is a US specialty, not how Beijing and Moscow operate.

Esper: "We know adversaries and malign actors are attempting to attack and jeopardize the networks that our platforms, weapons, and formations rely upon to operate (sic)."

Fact: No evidence supports his claim.

Esper: "In the face of rising strategic threats (sic), we depend on steady fiscal commitments to sustain our current force, and prepare for tomorrow's challenges."

Fact: Throughout the post-WW II period, Washington's only strategic threats were invented. No real ones existed for the past 75 years.

Fact: In stark contrast, US rage for controlling other nations, their resources, and populations represents an unprecedented threat to humanity's survival.

If the US and its imperial partners operated on the world stage like China, Russia, and Iran, peace and stability would replace endless preemptive wars.

What Esper, other US hardliners, and go-along establishment media suppress is what's most important to explain.

Washington's so-called "higher levels of sustainable readiness" and related aims come at the expense of world peace and stability — notions US imperialists long ago abandoned.

In his US Army Conference address, Esper cheerled what he called the army "transformation to dominate a 21st century high-end fight" anywhere worldwide.

He omitted explaining that all US wars since WW II ended were preemptive against nonbelligerent nations threatening no one.

Beginning with Harry Truman's aggression against North Korea — a nation seeking normalization with the West throughout its existence — and continuing in multiple theaters today, the US has been and continues to be a serial aggressor.

Today its preemptive wars rage by hot and other means against multiple, including use of jihadists as proxy troops.

World peace, stability, and cooperative relations with all other nations are non-starters in Washington.

These notions conflict with its aim to rule the world unchallenged — endless wars its main strategy.

State-sponsored 9/11 opened the gates of hell for what's raged at home and abroad since a day that will live in infamy.

False flags are a US tradition since annexing Texas in 1845.

Mexican territory at the time, it was followed by annexing half the country after waging preemptive war.

Numerous other false flags followed from then to the new millennium — enemies invented to advance the nation's imperium.

Esper and countless others like him in Washington — past and present — want unlimited funding for endless US wars on humanity at home and abroad.