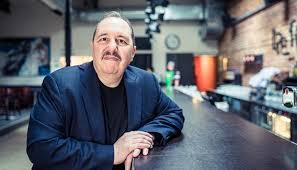 Critical thinking is an essential human skill, but it is little-taught. Once upon a time critical thinking courses were held to be essential, but they have since vanished from schoolrooms, either rolled into optional Logic courses (which are deathly boring to most students) or pushed aside simply because teachers and administrators resented students tearing through their arguments.

But for whatever reasons, critical thinking has all but disappeared from modern education. Nonetheless it remains essential, and especially for young students who need reasons to trust themselves and their opinions.

Because of this, and because the parents of young children have asked me for it, I'll be devoting a series of posts to the fallacies of logic. An understanding of the primary fallacies, and especially how to apply them, is central to critical thinking. This material will end up as a book, but I'd very much like for you to read these installments and send them to the young people in your life. Children should be mentally and emotionally prepared to face a difficult and confusing world, and this is precisely the kind of material that will prepare them.

And so this, our first installment, will cover just a few primary points. Next week we'll jump right into our first fallacy of logic, the either-or fallacy.

Strangely enough, it's nearly always easier for us to prove what's wrong than to prove what's right. That's what modern science does, for example; it goes about to prove ideas wrong, and if it can, the idea may be discarded. If the idea cannot be proven wrong, even after multiple, sincere efforts, we accept it as likely correct. But even so, we have no final proof of rightness, only the knowledge that we couldn't prove it wrong.

"Probably right" is the best science can do, but it has been quite enough.

So, when we engage in critical thinking, we're looking for reasons why an argument is wrong. If we can do that, we can disregard the argument, or at least that part of it. The danger of breaking arguments is that we take the practice too far and become critical only; enjoying the power of chopping people down and developing some very unlovely traits.

In order to avoid the dark fate of the unbalanced critic, we must remember that we're dealing with actual people, who deserve to have their feelings considered. Damaging someone with our critiques doesn't make us, them, or the world better. We must allow people to make mistakes and to express themselves imperfectly. The larger picture should be considered before we leap into proving things wrong.

The critical thinker, then, should also be a benevolent thinker. A knife can skillfully wielded by either a chef or by a killer, so let's all be chefs.

The Emotional Base of Critical Thinking

A psychologist named Solomon Asch did controlled studies of conformity pressure back in the 1950s, learning that in well-structured situations (actors all saying the same false thing), 75% of normal people would agree with an obvious lie, at least some of the time. So, you can see the power of the conformity bias, and you've probably felt it yourself.

What I'll suggest is simply that you notice the emotional pressures you feel from fallacious arguments. Skillful manipulators do their best to setup overwhelming pressures, making them hard to stand against. When you feel such things, please take a step back, then find a quiet moment to analyze what you felt. Doing that will, over time, allow you to work through the emotional tricks.

Critical thinking, then, requires a strong soul as much as it does a strong mind. In fact the two go together. And if combined with benevolence, they will serve you well all your life.

One last difficulty for critical thinking I'll mention is the fast talker. People presenting thin or false arguments will often talk too rapidly for you to analyze their claims. That can be a problem.

Those who are skilled at manipulation will also push you to agree with them as they go, which is another emotional trick: If you nod your head and say "yes" several times, you'll be very slow to disagree with even an openly false argument. Why? Because to do so, you'll have to admit that you were tricked into agreeing, not only once but several times. That is, you'll have to call yourself stupid, or at least silly, before you can use your critical thinking skills. Most people fail that challenge unless they're prepared for it.

What I'll recommend is this: If someone is going too fast for you to analyze their arguments, don't try to. Rather, get a written version of the argument and go over that. And if they try to make you agree with them, just don't. Reserve judgment, say you haven't heard enough to understand, or whatever; but don't be led along by things you're unsure of.

Next week we'll start on our first fallacy. You may want to wait, sending a few of the fallacies to the young person in your life before sending this introduction. That will be your call, of course, but especially for the younger children I think it would be better.

When Your Vote Doesn't Matter

How to Be a Producer In a Nation of Consumers

Whatever the Outcome of the Election, We CAN Revolt Against the Politicians