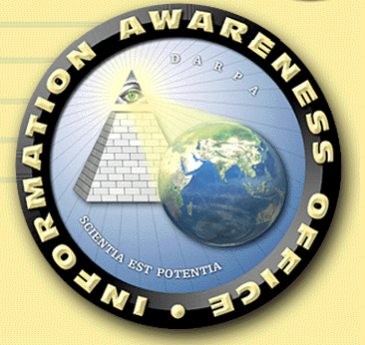 http://en.wikipedia.org/wiki/Working_Group_on_Financial_Markets
I asked around and of course it was Senior Editor of FreedomsPhoenix, Powell Gamill, that found what I wanted.
Ron Paul's question to McCain has far more behind it than we now know. I could see it in the fraction of a second expression on Ron Paul's face and how McCain reacted during his entire answer.
But the whole debate was about who could be the bigger warmonger (but for Dr. Paul) so that the Democratic nominee could win the peace vote with nothing more than a promise not to nuke China,... if they leave India alone too they could get the Nobel Peace Prize.
Huckabee is shopping his evangelicals around for a nice VP slot, McCain is hoping to not anger his masters, Romney is looking to simply spend his competition into the ground, while Rudy is just doing whatever he is told.
Something really has to be done about that Ron Paul guy :)
Ernest Hancock
Publisher *at* FreedomsPhoenix.com
(Powell found some more goodies)
Lee Rogers interviews Presidential candidate Ron Paul. In the first part of this interview, Lee talks with Dr. Paul about his proposed legislation to abolish the Federal Reserve system, his stance on abolishing the Internal Revenue Service (IRS), his views on the standoff between the government and Ed/Elaine Brown over the income tax as well as the secretive group called the Presidential Working Group On Financial Markets otherwise known as the Plunge Protection Team.
---------------
Powell: Well since we are giving credit, I actually found both references by people on Digg who were commenting on the same question Ernie was having over McCain's Exlax moment.
Brock Lorber probably beat me to the punch, and supplied two additional references below:
http://www.telegraph.co.uk/money/main.jhtml?view=DETAILS&grid=A1YourView&xml=/money/2008/01/07/ccview107.xml
THis article above that Brock found indicates in the third sentence that using a tax refund was planned three months ago and is now being implemented.  Interesting.
http://www.washingtonpost.com/wp-srv/business/longterm/blackm/plunge.htm