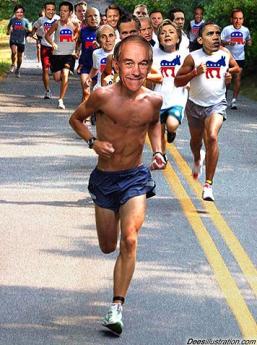 ARLINGTON, VIRGINIA – Yesterday, the Ron Paul presidential campaign filed a letter with the Louisiana Republican Party to contest the credentials of delegates to the state convention.

Under state party rules, campaigns have 72 hours from the end of the caucus to file such a contest.  This contest was filed in response to multiple problems with the caucus process.

“The initial failure of the Louisiana GOP to properly determine who was and wasn’t eligible to vote threw this entire process into disarray,” said Ron Paul campaign manager Lew Moore.  “However, voter eligibility was just one of many irregularities with the caucus process. We are filing this contest to ensure that we can challenge the results if it appears that delegates were improperly selected.”

The Louisiana State GOP changed the rules at the eleventh hour to allow other candidates to file more delegates, even though there were plenty of delegates to compose full slates in each congressional district.  At the time of the original January 10 deadline, Ron Paul had the largest number of delegates pledged to him.  The party then changed the rules to give other candidates until January 12 to file more delegates.

In addition, due to mistakes by the Louisiana GOP, hundreds of voters were forced to file provisional ballots, including nearly 500 that could change the outcome of the election.  According to the LA GOP, caucus locations relied on a voter list from November 1, 2007 or perhaps earlier despite the fact that under the caucus rules, voters need only have registered Republican before November 30, 2007.

There were even instances at the caucuses where state-certified Ron Paul delegates appearing on the ballot were forced to file a provisional ballot despite the fact they were pre-approved as delegates.