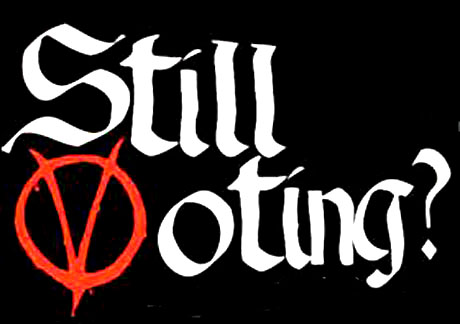 (Publisher: Forwarded to me by a Reader)

Evidence is a very strong word.

Talk about a hostile interviewer.

Trump tweet earlier:  "The threshold identification of Ballots is turning out to be even bigger than originally anticipated," the President started. "A very large number of Ballots are impacted. Stay tuned!"

Captured in Real Time: That Moment in Virginia at 5:12 AM Where they Took 169,000 Votes Off the State Totals

"President Trump's legal team is preparing to ask the US Supreme Court to overturn an unconstitutional ruling from Pennsylvania's Supreme Court that ordered elections officials to count mail-in ballots that arrived 3 days after Election Day.  Rogue Democrat PA Governor Wolf circumvented the state legislature and took the fight to the state supreme court.  The Pennsylvania Supreme Court created law out of thin air and extended the deadline for mail-in ballots to November 6.  The Pennsylvania state legislature decided Election Day ends at 8 PM on election night."

How much you want to bet Pelosi and the MSM pimps demand they all recuse themselves?

Three Supreme Court Justices Were On The Bush Legal Team From The 2000 Election - Wouldn't surprise me if Roberts does it voluntarily.  Oh, and wasn't it so PC Bush, Jr, gleefully congratulated Biden on his "win".

Sidney Powell Makes Explosive Voter Fraud Allegation: 'They Had This All Planned'

President Trump called and personally asked him to join his legal team:

"They Took a Victory from Donald Trump and They Called it a Lie…This Country is Under Attack." – Attorney Lin Wood On Why He Joined Trump's Legal Team

Editorial comment: We know who the traitor is here — Brzezinski: 'Would Be Traitorous' of GOP to Fight Election Results  - Really?  I guess that shrew forgot about Al Gore and Florida in 2000

Social Worker Charged With 134 Felony Counts Involving Election Fraud in Texas  - Did you read that Chris Wallace over at fake news network, FOX?

Election Systems in Michigan County Appeared to Be Connected to Internet: Sworn Affidavit

Wait Just a Minute! Some Very Good News May Be Coming – The Burning Platform