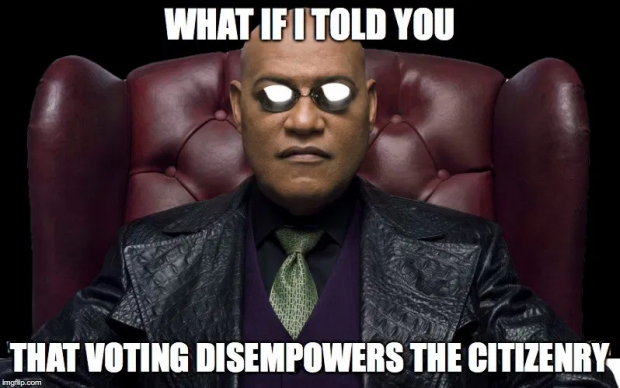 US Election 2020 for president may one day be remembered as the most brazen political grand theft in the country's history.

Can anyone ever believe anything they claim ever again?

In what has clear earmarks of an orchestrated anti-Trump plot, they unanimously declared Biden/Harris president-and-vice-president-elect — defying reality, betraying the US public at the same time.

Before getting into the meat of this article, let me make one thing  clear — what followers of my writing already know.

Throughout his tine in office, I've been a sharp Trump critic.

Instead of draining the swamp as promised, he filled it to overflowing.

He fulfilled the wish list of Wall Street, the military, industrial, security complex, and other monied interests — at the expense of peace, stability, equity, justice, and the rule of law.

Throughout his near-half century as US senator and vice president, Biden's been pro-war, pro-business, anti-progressive, anti-labor, anti-governance serving everyone equitably— anti-what matters most to ordinary Americans.

Leopards don't change their spots, notably not late in life.

If Biden succeeds Trump in January, dirty business as usual continuity is certain.

He backed all US wars of aggression against invented enemies, its wars by other means on nations unwilling to surrender the sovereign rights to US interests, along with supporting privileged interests over the general welfare.

For voting-age Americans, the choice between Trump and the alternative is none at all. It's like choosing between the devil you know and the similar deep blue sea.

Former US Attorney for the District of Columbia Joe DiGenova was there with them.

Evidence gathering takes time. A team of experienced lawyers are involved in preparing enough in an attempt to reverse brazen election fraud.

Below are remarks from a transcript of their press conference:

Giuliani: On election night, Trump was ahead in Pennsylvania by "seven or 800,000" votes, (but) somehow he lost" the state.

"(T)hat's almost statistically impossible to have happened in the period of time that it happened."

Testimonies are being gathered from "witnesses" to election fraud in key swing states — won by Trump in 2016, not this year as things now stand.

According to election officials in these states, "not a single voter fraud" occurred, said Giuliani.

"This pattern repeats itself in a number of states."

"Almost exactly the same pattern, which to any experienced investigator, prosecutor would suggest that there was a plan from a centralized place to execute these various acts of voter fraud, specifically focused on big cities" like Philadelphia, Detroit, Milwaukee, and Atlanta — controlled by Dems.

In Pennsylvania, "we have affidavits that there was no inspection of…682,770 (mail-in) ballots.

In Pennsylvania, Michigan, and other states, GOP election monitors were denied permission to observe vote-counting close up.

In Michigan, Trump's legal team has an affidavit from "an honest (Dem) who said there was cheating."

Media "coverage of (Election 2020) has been almost as dishonest as the scheme itself."

Voting machine "software…was created with so many variables and so many back doors that can be hooked up to the internet or a thumb drive stuck in it or whatever, but one of its most characteristic features is its ability to flip votes."

"That's when they came in the backdoor with all the mail-in ballots, many of which they had actually fabricated."

"Some were on pristine paper with identically matching perfect circle dots for Biden."

"Others were in batches.They're always put in in a certain number of batches and people would rerun the same batch."

"This corresponds to our statistical evidence that shows incredible spikes in the vote counts at particular times and that corresponds to eyewitness testimony of numerous people who have come forward and said they saw the ballots come in the backdoor at that time."

Their "executives are nowhere to be found now."

Their electronic voting machines are used in 29 US states, including contested swing ones.

Election 2020 results from their machines "ha(ve) been uncertifiable in multiple states."

"There's video on the net that will explain to you how a kid with a cell phone can hack one of these voting machines."

"There's been no oversight of Dominion or its software."

"We have testimony of different workers admitting that they were trained how to dispose of Trump votes and add to Biden votes."

"The software has a feature pursuant to which you can drag and drop any number of batches of votes to the candidate of your choice, or simply throw them away."

"So we have mathematical evidence in a number of states of massive quantities of Trump votes being trashed, just simply put in the trash like you would on your computer with any file and Biden votes being injected."

"That's in addition to the flipping" of Trump votes to Biden.

"There's no doubt (that Election 2020 results were) alter(ed)" to benefit Biden over Trump.

"We are going to clean this mess up now. President Trump won by a landslide."

The Trump campaign will "get to court to actually have a full trial on the merits to actually show this evidence in court and prove our case."

"(T)he American people can understand what the (media) have been hiding and what they refuse to cover, because all of your fake news headlines are dancing around the merits of this case and are trying to de- legitimized what we are doing…"

"This is absolutely a legitimate legal basis. We have been asked to provide an entire case that generally would take years in civil litigation."

"The Constitution requires that the State Legislatures are the ones that make election law."

"It still has to go by the US Constitution."

"But what has happened in this case is that state and local level officials and all the way up have changed the rules."

Press conference remarks by members of Trump's legal team were an opening statement, an overview to what will be presented in court.

Brazen fraud decided Election 2020 for US president and vice president.

Things were decided long before early voting began and polls opened on November 3.

The popular will was excluded from the process.

Vote-flipping shifted many thousands in the count from Trump to Biden in key swing states — enough to assure the winner lost.

Much the same thing happened with countless numbers of suspect mail-in ballots, including from deceased and non-state residents, ones without postmarks, others arriving post-election, and many for Trump dumped.

Everyone involved in manipulating the results should be held fully accountable.

Chances that the race for the White House will be awarded on the basis of an honest vote count over a fraudulent one are slim.

The same goes for accountability.

If Biden/Harris succeed Trump in January, illegitimacy will define their time in office.

They lost. Trump won. Honest historians will likely set the record straight one day — when it's too late to matter.

The US is defined by hypocrisy, autocracy and kleptocracy.

From inception, democracy the way it should be has always been pure fantasy.

Instead of explaining election fraud and demanding accountability, establishment media support one of the most shameful ever political chapters in the nation's history.

When votes for one candidate illegally flip to another, when others for the "wrong" candidate are dumped and not counted — can US federal election results ever be trusted again?

Unacceptable Foreign Occupations by US Forces

Evidence of Election Fraud in Georgia and Nevada