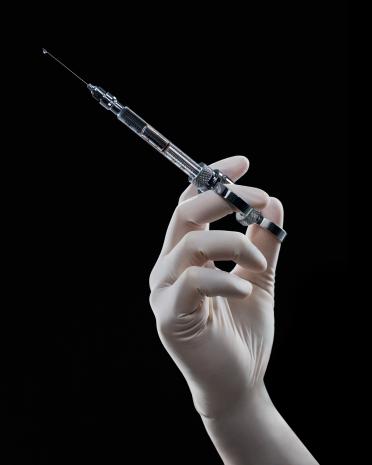 Billionaires and other corporate interests own and control most of US mass media.

Rupert Murdoch and family members own Fox News and the WSJ.

All of the above super-wealth interests and numerous others control the message delivered to the US public.

It includes what they want reported, suppressing what's most important for everyone to know for their health, welfare and personal freedom.

In numerous articles, I explained the hazards of toxins in all vaccines that harm human health.

They're unneeded because safe, effective, and inexpensive alternatives exist.

All vaccines are dangerous and should be avoided.

Years of development preceded their availability until made-in-the-USA covid showed up.

Most vaccine trials fail, 90% or more. A small percentage alone are approved for human use.

Because of corners cut to rush development of covid vaccines in months — that always before took 8 to 10 years — those available in the coming weeks will be especially hazardous to human health and should ABSOLUTELY be avoided.

Not according to the NYT and other Big Money-owned mass media.

They want everyone inoculated with toxins able to cause serious illnesses, diseases, and at times death.

Inoculated individuals will also be at great risk of shorter lifespans from the cumulative effects of various illnesses.

On December 3, it touted the rushed to market Pfizer and Moderna vaccines — with unclear hazards to be known only in the fullness of time after they're rolled out for mass inoculation.

Aside from their known hazards to human health, claims of over 90% effectiveness are dubious because of rushed, inadequate trials — structured to turn out for approval.

The Times failed to provide the above information, acting as a virtual press agent for Big Pharma and US dark forces behind mass vaxxing.

According to the Times, "first vaccines would likely go to…nursing homes."

Its elderly residents with weakened immune systems from aging and illnesses will be most vulnerable to harm from what's in experimental covid vaccines —along with toxins in them all.

Is mass vaxxing of elderly Americans a diabolical plot to hasten their demise — to reduce numbers of Social Security and Medicare beneficiaries?

Prioritizing inoculation for healthcare personnel may come next, older ones most vulnerable to their health hazards.

In its latest edition, a Times opinion piece headlined: "Find Your Place in the Vaccine Line" — promoting what's vital to avoid.

Separately, the Times headlined: "Many Trial Volunteers Got Placebo Vaccines. Do They Now Deserve the Real Ones?"

What they and everyone deserve is truth-telling about the hazards of all vaccines — especially rushed development/inadequately tested covid ones.

In separate articles — reading like Pharma promotion pieces — the Times touted Pfizer and Moderna covid vaccines — to be shunned, not taken.

Claimed safety and effectiveness of both is willful mass deception.

Scripps Research Translational Institute's director Eric Topol explained that Pfizer's "vaccine may not turn out to be as effective once the trial is complete and all the data ha(ve) been analyzed."

"Questions remain" about its safety. Information in leading medical journals is "less than reassuring."

Claims by developers of covid vaccines have not been peer-reviewed for accuracy.

Thailand Medical News accused the US of "lower(ing) the standards for vaccine approvals and efficacy…even for (other) drugs and therapeutics."

Moderna trials began with no preclinical testing for efficacy or safety.

The company never successfully brought a drug to market through required clinical trials.

Data about its covid vaccine are in non-specific press release form alone. Believe none of it.

The company used a never before proved safe and effective technology.

Other rushed to market covid vaccines may be just as hazardous.

Instead of warning about all of the above, Big Money-owned corporate media, including the NYT, have gone all-out to promote hazardous to human health covid vaccines no one should touch.