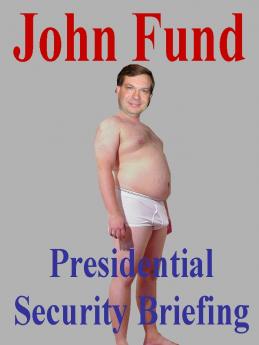 There is an immediate need to take back the vote. For longer than it is comfortable to contemplate the vote has been controlled by those who sign the contracts with the corporations who provide 'voting machines.'

The Left has been talking about that for a long time now; they noticed first because in the beginning it was their ox being gored. On the Right we were lulled into the belief that it was just sour grapes. Part of that came from the media, other elements on which we built up our smug house of cards came from such books as, “Stealing Elections,” by John Fund. You may not be aware that a book with a similar title that actually outed the NeoCons was published earlier. The author died mysteriously. When you intend to steal elections it makes perfect sense to inject disinformation at the outset. Fund was late producing his book, it was originally planned in 2000, but he did write it and it has proven to be very useful in creating the impression that election fraud either did not exist or was more likely to be the tool of the Left than a clever idea raised to new levels of profit and complexity by his own friends.

The Campaign of the Voting Machines was designed to steal elections as an adjunct of the NeoCon political strategy for gaining absolute control over government. This gave them control over enormous wealth to be parceled out to their friends. Using that strategy they stole the rhetoric of peace, prosperity, individual Rights and freedom, converting the meanings to war (for us), grinding poverty (for us), and absolute slavery for us and our posterity.

The divisions between the Right and Left worked. It is time to come together since, to borrow a phrase from a previous generation, if we don't hang together we will all hang separately. Many on the Left doubt that rapid change is possible. Their skepticism is based on many years of experience with trying to change the present system. They have been diligent, methodical, and focused. Yet the system is still under the control of those who purchase voting machines both to profit their friends and to control elections.

The most vocal and active presence in politics today is the Ron Paul Revolution. The questions we need to ask ourselves is if we care enough about electing Ron to ensure that our efforts to secure the votes needed to elect him will count. To do that we need to ensure that the elections are honest. Without knowing that the elections are honest there is little reason to continue.

Therefore we should begin with the issue of taking back elections.

After Iowa, New Hampshire and South Carolina we need to assume that any given election has been stolen unless this is the procedure followed. Those who work for the government have a vested interest in ignoring the fact that wittingly or unwittingly, they are part of the problem. We cannot afford to trust them. Here is what we must install, controlled by voters at the precinct level.

1. Voters go to their precinct, marking paper ballots under the eagle eyes of local people from all parties.

2. The ballots are counted by hand at the precinct immediately after the polls close by stalwarts elected by those in the precinct for that purpose. Everyone can watch, staying six feet from the table where the count is taking place.

3. Finally, the double, triple checked results are posted at the precinct (polling site), as well as directly and transparently to the Internet Right up where everyone can tally themselves getting it exactly Right.

Then, the election will be honest.

This leads us immediately to the question of how to achieve the simple and direct scenario above. This will be far easier with all of us working together. That is the sticking point. Working together the Left and Right could have the resources, people and expertise, to give America clean elections. But can they do that? There are many organizations and many people working on different approaches. Can the tendency of people to divide themselves be overcome?

The time, money, and thought spent by people across the country on how to return control to the people has been monumental. That investment has mostly come from the Left. Those of us who only recently recognized the problem should remember to be grateful for what has been done already.

When Ross Perot got on the ballot in 50 states it happened because of the expertise of ballot access knowledge that came from such individuals as Richard Winger of Ballot Access News. Perot was using the compiled wisdom that was created by the driving need of Libertarians, Richard's efforts started there but then he made that information available to everyone because it was the right thing.

There are many organizations but only one goal. Clean Elections run by those at the precinct level as outlined above. In that way we take back control of how government is run and at the same time, if we come together to accomplish that goal, we make even more important changes possible.

While it is essential that the people control the vote it is far from the only thing we should control.

Asked why he robbed banks Willie Sutton, career criminal, said, “Because that is where the money is.” Sutton had noticed that it was more profitable to rob banks than the little old lady down the street; more return for time invested.

That explains exactly why centralized control did not, could not work. Remember the concept of an attractive nuisance? Large pots of money motivate those least ethical individuals to lie, cheat, and finagle their way into power so they can grab the cash. In comparison, robbing banks is honest.

It is a lot of trouble to defend those large caches of power and money. It is exhausting, aggravating, and, eventually, impossible. Many on the Left are now realizing this, sitting there exhausted and bereft of money while the candidates they worked for join the million dollar club through their elected offices.

Concentrations of power and money inevitably result in the kind of free-for-all that we are now witnessing among corporations that have worked to use government and a government that feeds off corporations.

I repeat the H. L. Menckenism, “Elections are Futures Markets in Stolen Property.” If power and money is concentrated the inevitable will occur.

Therefore control needs to be returned to where it always should have been, to individuals at the most local level. Retail stealing is easier to catch and less likely to be appealing to habitual criminals and politicians.

Many on the Left will realize that this is where they wanted to go anyway; many on the Right will be chagrined at their long misspent romance with the power of corporations. We all make mistakes.

Naturally, those with greed in their hearts and minds did all possible to reduce the risk they would be held accountable for their predatory behavior. They were well aware of the hazard of accountability. Our laws on racketeering and the abuse of power deal with these questions as a stronger and larger movement including Left and Right continues the Revolution.

That is why Bush keeps trying to sneak a pardon into bills under consideration by Congress. Even he knows he is liable. That also accounts for the posh Bushland built on the 100,000 acres in Paraguay. No extradition. He and many of his friends have caches of money parked in the basement or off shore so they can make their get-away.

So in addition to ensuring that elections are localized and controlled by the people we need to ensure the following:

The power of government is returned to the people at the most local level. We all know, through sad experience, that the states also engage in the same kind of corruption of power and money. Fortuitously, they are also bankrupt and will be grateful for the funds we can return to the state level by asserting accountability at the federal level.

Corporations are stripped of the power that makes it possible for them to evade accountability.

To ensure that future generations of wishful Willie Suttons understand we mean it, we sue those guilty of preying on us into a poverty so complete that in five generations their descendants, if they have any, will still be naked and whimpering.

Together, anything is possible.

Get off the Grids – Organize Locally – Build Coalition