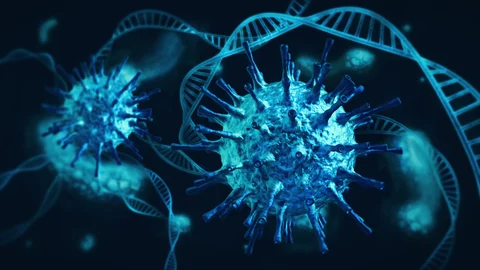 Vaccines Are Safe? The Drug-Pushing NYT Promotes the Big Lie

Believing NYT propaganda is hazardous to health, well-being and survival.

She falsely called rolling out covid vaccines for human use "a moment of hope (sic)."

She lied claiming that vital information explaining that "covid vaccine(s) (are) potentially unsafe, and ha(ven't) been properly tested (are) dangerously wrong (sic)."

About half of Americans oppose covid vaccines and won't be vaxxed.

She falsely claimed it's only half that number.

Orwell notably said that at a "time of universal deceit (like now in the West), telling the truth is a revolutionary act."

Meltzer falsely claimed that as of late December, "only 11…serious allergic reaction(s)" were reported by covid-vaxxed Americans.

As of last week, thousands of adverse reactions occurred, around 3% of vaxxed individuals — what the Times and other Big Media suppressed.

And what happened so far is short-term. Numbers of long-term ill effects from toxic vaccines are virtually sure to be infinitely higher and far more serious than adverse reactions known so far.

Unreported by Big Media is that vaccines are known to cause diseases they're touted protect against.

They risk heart, lung, kidney and liver disease along with many others, including diabetes, cancer, any one or more of many degenerative diseases and behavioral problems.

"Vaccines (can) damage internal organs, particularly the pancreas," so everyone vaccinated, including for seasonal flu, is vulnerable to contracting severe "autoimmune diseases."

Some can kill. Others produce a lifetime of disability and pain because autoimmune diseases happen when the "body attacks itself" by an unhealthy lifestyle, stress, harmful ingestible substances and vaccines.

"It's hard to express how momentous it felt to receive a covid vaccine (sic)."

"(T)hese vaccines are our best opportunity to save lives (sic)."

"I know whom to trust: immunologists like Dr. Fauci (sic)" — who never treated a patient.

Eminent scientist/Nobel Laureate in chemistry the late Kary Mullis earlier called Fauci a doctor who knows nothing about medicine.

Melzter: "When a covid vaccine is offered to you, I urge you to take it (sic)."

"Do it for yourself, for your family and for your friends (sic)."

In response to her Big Lies and mass deception — in cahoots with the mass-vaxxing promoting/drug pushing NYT — RFK Jr. responded on his website, saying the following:

"(M)y niece published an error-filled and defamatory article about me on the Times editorial page."

The Times refused to publish his "thoroughly sourced letter" on its editorial page or in its letters to the editors section.

It was flagrant censorship by  suppression of vital information for everyone to know — typical of how the self-styled newspaper of record operates.

Below is RFK Jr.'s letter to the Times.

"Without offering any examples of factual errors, my niece, Dr. Kerry Meltzer, accuses me of spreading 'vaccine misinformation,' a term currently applied to any statement that departs from official pronouncements, regardless of its truth."

"The term's traditional definition might encompass Kerry's claim that the Pfizer-BioNTech vaccine is safe because it caused life threatening anaphylaxis in only 11 of 2.1 million recipients (1/200,000)."

"Rate of adverse events, according to the Centers for Disease Control and Prevention, is 1 in 42 — based on the first week's distribution of more than 200,000 vaccines, with more than 5,000 reports of individuals incapacitated to the point that they missed work or had to seek medical attention."

"This outcome is likely to increase, as clinical trials for both Pfizer's and Moderna's vaccines suggest that the second shot of the vaccine series leads to far higher injury rates."

"On Sept. 25, I wrote a letter to Dr. Fauci — who Kerry cites as her reliable authority for vaccine safety — warning that the polyethylene glycol (PEG)-coated nanoparticles in the mRNA vaccines were likely to cause anaphylaxis in vulnerable recipients."

FDA now acknowledges that PEG is the probable culprit in the anaphylactic reactions."

"The COVID pandemic is the third time since Dr. Fauci arrived at National Institutes of Health that the federal government rushed out vaccines for a potential pandemic."

"In 1976, 45 million Americans received a vaccine for a disease that didn't exist, before hundreds of cases of paralyzing Guillain Barre' syndrome resulted, ending the program."

In 2009, rushed vaccines for swine flu caused seizures in 1/100 Australian children and 1,300 cases of debilitating narcolepsy in European children before the program was discontinued."

"A month earlier, Dr. Fauci appeared on TV to assure the world that the vaccines were safe."

The mRNA vaccines are experimental drugs with potential for long-term harm."

"It's only prudent to demand — as I have — proper testing and to treat the claims of interested government and industry officials with appropriate skepticism."

Who do you trust — Fauci or RFK Jr?

Based on her pro-mass-vaxxing propaganda piece riddled with disinformation, would you seek medical advice and/or treatment from Meltzer?

Times drumbeat promotion for hazardous to health covid vaccines reads like it's based on Big Government/Big Pharma talking points.