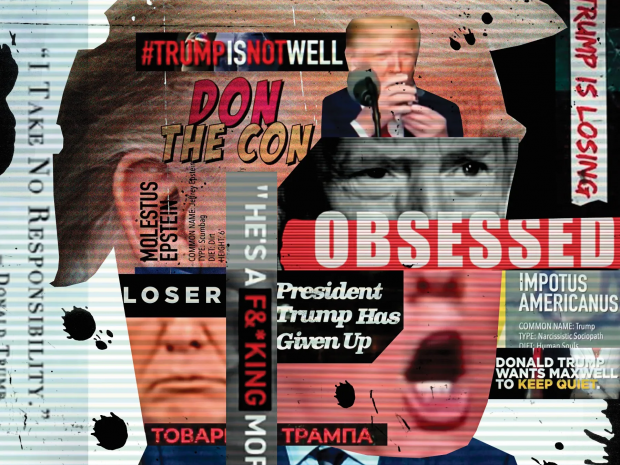 Times hostility toward Trump is based on Big Lies, mass deception, and pure vindictiveness for defeating media darling Hillary.

It's unrelated to the rule of law the Times is consistently contemptuous toward.

It shows by its support for endless US wars on invented enemies, corporate predation, and mass-vaxxing for seasonal flu renamed covid with DNA alternating/genetically modifying, hazardous to heath vaccines.

The self-styled newspaper of record is also indifferent toward the rights and welfare of ordinary people in deference to privileged ones it serves exclusively.

It includes providing propaganda services for US dark forces in pursuit of their war on humanity at home and abroad.

The Times and other corporate-owned Big Media aim to discredit and humiliate Trump more than already — for unjustifiable reasons, not the other way around.

Its rhetorical war on him continues relentlessly, certain to go on as long as he remains in office.

At least short-term, it's likely to continue after his term expires.

With impeachment 2.0 likely coming next week for unjustifiable reasons, not justifiable ones, the Times continues its anti-Trump blitzkrieg in daily editions — to its disgrace.

If legally allowed, its management and editors would jump at a chance to be judge, jury and executioner.

It would assure his impeachment and conviction, and removal from office perhaps after his tenure ending at the earliest.

It would also assure prosecuting him for the wrong reasons, convicting again, and sentencing him to longterm imprisonment.

Behind bars longterm is where Times management, editors, columnists, and correspondents belong — for the high crime of state-approved propaganda masquerading as journalism, what it long ago abandoned.

In its latest edition, its editors continued their blitzkrieg of bald-faced Big Lies and mass deception.

Once again, they falsely accused Trump of inciting a mob "that sacked the heart of American democracy (sic)."

Nothing of the sort exists in its black heart, its contempt for peace, equity, justice, and the rule of law — criminal standards endorsed by the self-styled newspaper of record in its own mind.

It aimed to end the Trump-GOP election challenge to elevate Biden/Harris to power by old-fashioned election theft.

It occurred many times before at the federal, state and local levels since the early 19th century.

Instead of denouncing brazen US Election 2020 fraud, the Times endorsed it.

Wednesday's orchestrated violence was also for the following reasons:

Keeping Trump restrained and intimidated from challenging election theft after leaving office — risking a JFK fate if continues it in public remarks.

Destroying his political career to prevent a reelection bid in 2024 — most likely as an independent candidate if tried as the RNC will surely choose someone else as its standard bearer.

Neutralizing Trump's diehard supporters, preventing them from becoming a disruptive force ahead.

Continuing a diabolical social control/freedom-destroying assault on the rule of law and fundamental rights.

Maybe mandatory vaxxing as well with hazardous to human health vaccines, a depopulation scheme disguised as protection not gotten — just illness, shortened lives, and human misery along the way to the end time for countless numbers of vaxxed individual, especially the elderly and infirm.

Biden is cognitively impaired, requiring a double in public appearances because he's no longer mentally competent.

Harris is a former hanging prosecutor.

Notoriously contemptuous of the rule of law, her elevation to power if and when Biden's dementia incapacitates him more greatly will likely assure a reign of terror at home and abroad with her in charge.

In their latest vindictive anti-Trump hit piece, Times editors continued their assault on truth-telling journalism the way it should be.

Defying reality, they called the US "the world's premier democracy" — what was banned from inception.

They maintained the myth of a US president who got more votes than any previous candidate for the nation's highest being "voted out of office."

Compounding its Big Lies, it falsely claimed that the US "st(ands) as the standard of democracy and freedom" worldwide — polar opposite reality it suppresses.

All of the above are requirements for US high office.

Not according to the lying machine Times claiming:

Biden is "in tune with the democratic world's perception of an American leader (sic)."

He'll "be a strong demonstration of the resilience of American democracy (sic)."

"The raging coronavirus pandemic — that's invented, not real — will resume its proper place at the top of the global agenda (sic)."

All of the above reflects the worst of yellow/deceptive rubbish — a longstanding Times specialty.

Truth-telling on major domestic and geopolitical issues fails to get out of the starting gate in its daily editions.

They're infested with "all the news" responsible editors wouldn't touch.