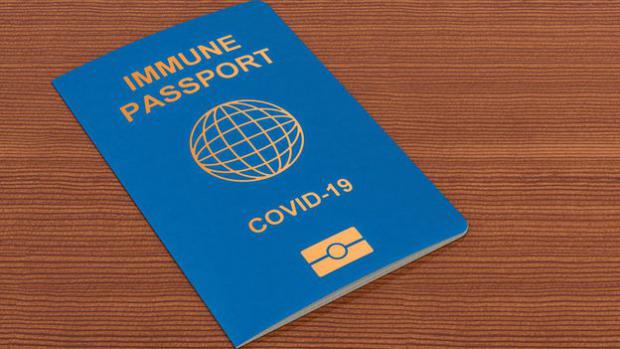 According to the London Telegraph, UK vaccine passports "could be rolled out across the UK" if Boris Johnson's "trial" run goes as planned.

While Britain's science and research funding agency OK'd £75,000 for the project, Johnson's health department said there was "no plan" to take this step.

Getting underway this month, it'll continue for about two months.

Saying one thing, then doing another, happens time and again in the West and elsewhere.

In December, he said the following:

"I think mandating vaccinations is discriminatory and completely wrong…and I would urge businesses listening to this debate today not to even think about this," adding:

"We have absolutely no plans for vaccine passporting." Like Gove, he lied.

An anti-vaccine passport petition now circulating in Britain got hundreds of thousands of signatures, stating the following:

"I want the government to prevent any restrictions being placed on those who refuse to have any potential covid-19 vaccine."

"This includes restrictions on travel, social events, such as concerts or sports. No restrictions whatsoever."

Ignored by Zahawi, days earlier he about-faced, saying that he expects bars, cinemas, restaurants and sports stadiums to demand proof of vaxxing against covid (aka renamed seasonal flu) for access to these, perhaps other public areas and travel.

Are mandated vaccine passports coming to Britain ahead?

Will health apartheid come to the US and other Western countries?

Denmark announced development of "immunity passports" to include "tracking and (Big Brother) surveillance."

Ontario, Canada authorities are exploring their use to include restrictions on travel and access to public venues if unvaxxed.

Other Western ruling authorities indicated that vaccine passports are coming for 'life to get back to normal (sic)."

All vaccines are hazardous to health, experimental covid ones most hazardous of all.

Will free movement no longer be allowed without digital proof of vaxxing with what risks serious harm to human health?

According to a Johnson regime health department statement:

It's "everyone's responsibility to do the right thing for their own health (sic), and for the benefit of the wider community (sic)," adding:

Johnson hardliners "will carefully consider all options to improve vaccination rates, should that be necessary."

Reportedly, UK airlines and hotels support vaccine passports for use of their services.

According to a statement by unnamed UK officials:

"Those who refuse to get the (covid) jab would likely be refused entry to venues."

Is the same coming for UK workplaces and schools?

Will a mandatory digital ID system come next for Big Brother mass-surveillance in Western and other societies?

All of the above may be part of what diabolical Great Reset planners intend in pursuing establishment of ruler-serf societies worldwide.

Will daily lives and routines no longer be possible without vaccine passports?

Will what was inconceivable not long ago become reality ahead?

Will what's unfolding go beyond what Orwell and Huxley imagined?

Will dystopian harshness in the West and elsewhere be the new abnormal in the coming months?

If mass resistance doesn't challenge what may be coming, fundamental freedoms no longer will exist.