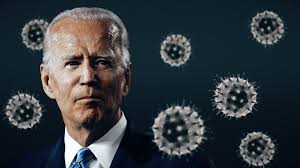 Their strategy is the equivalent of using a bazooka or howitzer against a fly on the wall.

Their diabolical agenda aims for getting everyone at home and abroad mass-vaxxed with what risks enormous harm to health and well-being for all who succumb to their mass deception — supported by Big Media.

I'm referring to seasonal flu/influenza that was renamed covid last year to convince people that what always shows up annually is different this time — a bald-faced Big Lie.

Dark forces in Washington learned long ago how easy it is to manipulate the public mind to believe almost anything no matter how implausible.

No matter how often Americans were fooled before, they're easy marks to duped again and again ad infinitum.

Long before the age of electronic media, Jefferson said the following:

Those "who read nothing at all (are) better educated than (anyone who) reads nothing but newspapers."

He called an "educated citizenry…a vital requisite for our survival as a free people."

"If a nation expects to be ignorant and free, in a state of civilization, it expects what never was and never will be," he stressed.

Americans are the most over-entertained, uninformed know-nothings about issues vital to their lives, well-being and safety.

It's why the country's ruling class does whatever it pleases without fear of popular resistance.

The Times is in the forefront of supporting undemocratic/unelected Biden/Harris in stark contrast to how they waged unrelenting editorial war on Trump — largely for the wrong reasons, ignoring the most important right ones.

Throughout most of last year into this one, the Times and other Big Media have gone all-out to support mass-vaxxing for seasonal flu/now covid despite no need for what risks enormous harm to potentially millions when taken as directed.

On Tuesday, it said Biden/Harris are on the cusp of "tak(ing) charge" at a time when conditions relating to human health are virtually no different than in previous years.

Not according to Times propaganda, falsely claiming a "record number of deaths…hospitals…overwhelmed…(during) "the worst public health crisis in more than 100 years (sic)."

The above rubbish is typical Times mass deception instead of what truth-telling journalism is supposed to be — what's banned in its editions on vital domestic and geopolitical issues.

Unexplained by her, the Times, and other Big Media is that the same "pandemic" shows up annually — unaccompanied by fear-mongering produced mass hysteria and all the rest.

Nor did they explain the enormous harm to tens of millions of US households from what's going on — promoted by Big Media instead of condemning it.

Interrupting normal like like never before with no end of it in prospect — based on Big Lies and mass deception — is and continues to be an unreported crime against humanity.

Instead of explaining the above, the Times and other Big Media support it.

There's no justification for everything going on, no reason to continue what truth-telling media know is for diabolical reasons unrelated to what's publicly claimed.

With Trump's tenure hours from ending, assaulting him for invented reasons by the Times continues without missing a beat — what's likely to continue when he returns to private life for a time if not as intensively.

The Times' resident neocon Bret Stephens whacked him by claiming "the country is…holding its breath, waiting for the next Capitol Hill mob to descend."

If what happened on January 6 repeats on inauguration day in new form, once again it'll be sponsored by anti-Trump dark forces, not him or his supporters.

Likeminded anti-Trumper Gail Collins had her say. Like Stephens, misinformation and disinformation are her specialties, along with Trump bashing for the wrong reasons.

They and other Times propagandists pushed nonsense about a raging pandemic unlike anything seen for many decades — polar opposite reality they won't acknowledge for fear of dismissal and not able to get other establishment media employment.

Virtually everything reported on cutting-edge issues by Big Media is deep-state approved propaganda over "all the news that's fit to print."

They're ain't no such thing in the mainstream, just an illusion of what's falsely claimed.