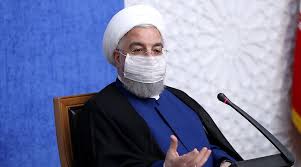 Both right wings of the US war party have been hostile toward Iran since it ended a generation of tyranny imposed on the nation and its people in 1979 by Washington.

Trump regime hardliners exceeded the viciousness of their predecessors because DJT put psychopathologically deranged Pompeo in charge of US foreign policy — the equivalent of letting an arsonist play with matches.

While it's clear that Washington tolerates no nations free from its control, inventing ways to demonize them, it's uncertain when Biden/Harris will continue toughness Trump put in place on Iran or foster softer bilateral relations.

"Today, thanks God, Trump's black page will be closed forever, and we say thanks God when any oppressor is" replaced, adding:

"We have never seen a president in the US who explicitly admits assassination of a major military commander (General Soleimani) in another guest country (Iraq) to make the official announcement that he had ordered the assassination."

"(W)e really saw a stupid terrorist in history, and state terrorism was recorded in the forehead of the White House, and he did it."

Without mitigating the heinous crime against humanity — a flagrant international and US constitutional breach — Trump no doubt was pushed to OK Soleimani's assassination by hardliners surrounding him based on Big Lies, notably Pompeo now gone.

Virtually everything threw at Iran failed, the same true about China, Russia, and other nations they targeted by sanctions and other dirty tricks.

These countries and others free from imperial control stand tall on the world stage while US decline continues.

It's just a matter of time before history's dustbin ends its imperial madness.

Biden/Harris are likely to hasten its decline, maybe at a faster pace than already.

While in power, will they return to the JCPOA Trump illegally withdrew from by Trump or continue his war on Iran by other means largely or entirely unchanged?

According to their choice for national security advisor Avril Haines, they're a "long ways" from coming into compliance with what's mandated under international law — what the vast majority of world community nations support.

Claims that Iran is in violation of JCPOA provisions are false.

Increasing its uranium enrichment to 20% and related steps taken have been in response to the breach of their agreement obligations by the US and E3 countries.

Actions by Iran are permitted under the deal's Article 26 and 36.

Tehran made clear that if the US returns to the agreement, lifts its illegal sanctions, and E3 countries comply with JCPOA provisions, Iran will follow suit. See below.

That hasn't happened, and it's unclear if it's coming ahead.

Provisions of agreements aren't one-way, compliance by all signatories required for them to work.

That's clearly not the case with four JCPOA Western signatories in breach of their legal obligations.

The ball is in their court. It they reverse their unlawful actions, the deal will return to its status when unanimously affirmed by Security Council members in 2015.

If not, the landmark agreement may be abandoned altogether.

If Biden/Harris compliance depends on what the Netanyahu regime will agree to, what took years of talks to make possible will die.

Reportedly, Iranian officials have a strategy to try reviving the agreement.

According to President Rouhani's chief of staff Mahmoud Vaezi, Tehran will move incrementally on attempted revival.

"What we say is that whatever has happened under Trump's (tenure) must go back to the pre-Trump era," he said, adding:

"We are serious about this issue. Therefore, all kinds of sanctions on companies and individuals should be lifted."

Accomplishing this aim will be very hard at best, maybe impossible at least for some time, because of obstacles to returning put in place by Pompeo and Elliott Abrams et al.

According to Iranian Foreign Minister Zarif:

Throughout his tenure, Trump and hardliners surrounding him "hollow(ed) out the JCPOA and imposed sanctions that even if the US returns to the JCPOA, they will remain in place."

"For example, they (Trump et al) removed nuclear-related sanctions on our Central Bank and Petroleum Ministry and imposed sanctions on them under counterterrorism authority."

"They basically changed the logic of sanctions" to padlock them in place.

Because of what was done, Vaezi said Iran's return to the JCPOA as affirmed in 2015 and agreed to by P5 + 1 countries and Tehran, its policy going forward will be based on "commitment for commitment" arrangement with the Biden/Harris regime.

If they show good will that may be a long shot at best, Iran will respond reciprocally.

If not, things will remain stalemated.

Wednesday is day one for unelected Biden/Harris.

The former is cognitively impaired, a shadow of his former self. The latter is a former hang 'em out to dry hardline prosecutor.

With Biden's diminished state likely to worsen ahead, she's a US president in waiting for him to step aside when no longer able to continue on the job even in a limited capacity.

A lookalike double already represents him in public because of his jumbled rhetoric that reveals his demented state.

He's an unelected president by brazen fraud impersonating the real thing and doing a poor job of pulling it off.

So a lookalike double has to represent him. In the months ahead, perhaps it'll be 100% of the time until he fades from the scene entirely.

As for the JCPOA, reviving it may be a long shot at best because of unacceptable US demands Iran rejects.

At this time, Trump is a former US president facing possible Senate trial after politicized impeachment with no legitimacy by House Dems and a few go-along Republicans.

Biden is his unlawful replacement, an illegitimate president for as long as he remains in office.

The above reality describes the deplorable state of what pretends to be democracy in America — a pure fantasy version of the real thing that was banned from inception.