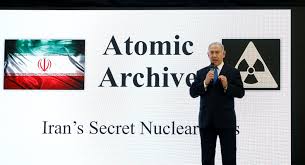 According to Biden's secretary of state-designee Anthony Blinken, the new regime in town will keep much of its predecessor's geopolitical agenda in place.

No matter that he never ran for presidency, ever received a single vote for the office, or that according to polls, he's perhaps the most reviled Bolivarian Republic citizen with low single-digit support.

When self-declaring himself Bolivarian Republic president two years ago, at least one poll showed that 81% of Venezuelans never heard of him.

No US reset with Russia is planned, no olive branch coming in the interest of furthering world peace and stability.

The new regime will continue training Ukraine's military and providing it with heavy weapons — on the phony pretext of enabling it to defend against a nonexistent Russian threat.

A continued tough approach to China is planned.

On all things Israel, Biden/Harris will keep the US embassy in Jerusalem — a UN recognized international city, the legal capital of no nation.

US policy toward Israel will at least largely remain unchanged going forward.

While Biden promised to rejoin the landmark JCPOA nuclear deal, Blinken and national intelligence director Avril Haines said following through on this policy isn't imminent and may not happen ahead.

According to Win Without War director Stephen Miles:

"Joe Biden never promised to be a revolutionary or to enact radical change, so what we've seen so far both in terms of personnel and policy shouldn't exactly be surprising," adding:

"Given how broken our current foreign policy is, any transition is thus going to start far from where progressives want to be."

To what extent Biden/Harris intend to maintain or diverge from Trump's geopolitical agenda remains to unfold.

From what's known — based on remarks by its nominees for high posts — little change ahead is likely in US relations with nations free from its control.

Hardline policies toward Russia, China, Iran, Venezuela, and other nations on the US target list for regime change are expected to remain in place.

According to Israel's Channel 12 on Saturday, Mossad chief Yossi Cohen will meet with Biden and other US regime officials at the White House in February.

Reportedly he'll present Israeli preconditions for Biden to rejoin the JCPOA that may kill the deal altogether if adopted.

They reportedly include a halt to Iran's enrichment of uranium for its legitimate nuclear program that's known not to include a military component.

It's in stark contrast to nuclear armed and dangerous Israel — that also maintains stockpiles of chemical, biological and other banned weapons, as does the US.

All of the above are lawful Iranian policies its ruling authorities are highly likely to continue.

Cohen will also reportedly demand that Tehran give the IAEA unrestricted access to sites related to its nuclear program — to include legitimately off-limits military facilities.

Unlike Israel and the US, Iran's legitimate nuclear program complies with its NPT obligations.

Unconfirmed reports indicated that Biden/Harris team members met with Iranian officials weeks ago to discuss prospects for the US returning to the JCPOA.

The French publication Le Figaro reported that "(d)iscussions took place in New York between Majid Takht Ravanchi, Iran's representative to the United Nations, and a US envoy from the Biden (regime)," according to an unnamed source, adding:

"We will know very soon whether these discussions were successful or not."

Discussion reportedly focused on "fix(ing) the framing of announcements" of a possible US return to the deal, lifting of Trump-imposed sanctions, and related issues.

He'll no doubt push hard against Biden/Harris yielding anything to Iran that he's against.

White House press secretary Jen Psaki said talks regarding Iran and the JCPOA will be held with relevant US allies on this issue and the Islamic Republic.

On January 20, inauguration day in Washington, Netanyahu tweeted the following:

"I look forward to working with you (meaning Biden) to further strengthen the US-Israel alliance, to continue expanding peace between Israel and the Arab world, and to confront common challenges, chief among them the threat posed by Iran (sic)."

"The new US (regime) has a fundamental choice to make."

"It can embrace the failed policies of its predecessor, and continue down the path of contempt for int'l cooperation & int'l law."

"Or, it can reject failed assumptions & seek peace and comity."

Last week, Blinken said the US will seek a broader agreement with Iran that includes its missile program, wanting unacceptable restraints imposed to weaken its self-defense capabilities.

It's a notion Iran justifiably rejects, wanting the JCPOA, as unanimously approved by Security Council members in 2015, restored as adopted — as a starting point for further discussions about bilateral relations.

At this time, the US unlawfully abandoned the JCPOA.

E3 nations Britain, France and Germany are in breach of their obligations.

Restoration of the JCPOA requires that noncompliant nations reverse their breach by fulfilling their obligations entirely.

Unless done, the landmark agreement may unravel altogether ahead.