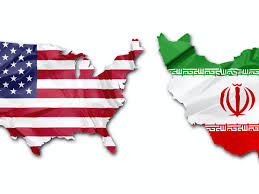 The Biden/Harris regime reportedly has conditions for resuming talks with Iran that include involving  regional countries Israel and repressive Gulf states.

According Sky News Arabia, an unnamed US official said "there will be a new approach that seeks to reassert US deterrence in the region and create a solution to the conflict with Tehran (sic)."

Washington bears full responsibility for unacceptable bilateral relations — or lack of them at all — since Iran's 1979 revolution that ended a generation of US installed tyranny.

On Monday, Iran's Foreign Ministry spokesman Saeed Khatibzadeh again stressed that his government's position on nuclear steps it's taken is that they won't be reversed unless the US and E3 countries lift sanctions and fully comply Security Council Res. 2231's provisions — what they're now in breach of, adding:

"All of Iran's measures that were done in accordance with the JCPOA as well as the process of reducing nuclear commitments are reversible."

"If the new US (regime) is willing [to rejoin the JCPOA, it must show that it's distancing itself from the previous (one) and return to the right path of implementing its commitments."

Candidate Biden vowed to "offer Tehran a credible path back to diplomacy."

Unelected president Biden must put up or shut up.

Based on his most recent remarks, those of hardline officials surrounding him, and Israeli demands, even baby steps toward improved relations with Iran may be unattainable.

So far, Biden/Harris have done nothing to indicate that they intend to return to the JCPOA by complying with SC Res. 2231.

Weeks earlier, Iranian government spokesman Ali Rabiee said Tehran expects the incoming US regime "to unconditionally return to all (its) previous obligations and commitments" as required under international law following adoption of Res. 2231.

On Tuesday, Rabiee said "no talks (were) held with the new US" regime so far, adding:

"We are waiting for the US' official stance on the JCPOA. The US will not have such an opportunity forever."

"This window (of opportunity) for the US and the European states involved in the negotiations is limited."

"If he does, Iran will likewise return to full implementation of our commitments under the nuclear deal."

"But if Washington instead insists on extracting concessions, then this opportunity will be lost."

Years of negotiations preceded agreement among P5+1 one countries and Iran.

SC 2231 affirmed the landmark agreement, making it binding international and US constitutional law.

Israel is hostile to virtually everything positive for Iran. It rejects normalized US-led Western relations with the country and its leadership.

According to Netanyahu regime minister Tzachi Hanegbi, Israel will not tolerate Iranian missiles able to defend the nation against aggression.

Like all Jewish state hardliners, he perpetuates the myth about an Iranian nuclear threat Israel and the world know doesn't exist.

"If the US government rejoins the nuclear deal — and that seems to be the stated policy as of now — the practical result will be that Israel will again be alone against Iran, which by the end of the deal will have received a green light from the world, including the United States, to continue with its nuclear weapons program (sic)," said Hanegbi — knowing no such program exists, not now, earlier, nor is one planned.

What doesn't exist, "Israel will not allow," Hanegbi adding:

Syria never had a program to develop nukes. Israel is the region's only nuclear armed and dangerous state.

Its open secret was long ago revealed. Its nuclear ambiguity fools no one.

According to Israel's Hayom broadsheet, the Netanyahu regime is preparing plans to attack Iran's nuclear facilities — that have no military component as Israel knows well.

Without US permission and involvement, Israel won't attack Iran.

It won't go it alone against a nation able to hit back hard if struck by an aggressor.

Tehran ignores baseless Israeli threats while warning that any Jewish state attack against its territory will be its first and last.

Israel gets away with terror-bombing Syria. It won't attack Iran on its own, knowing the huge price it'll pay for aggression against the country.