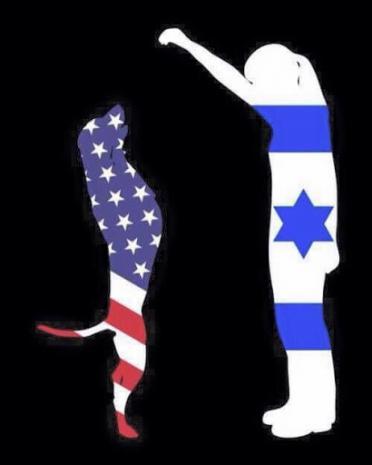 Anti-Iran Saber-Rattling by US and Israel

The US has been adversarial toward Iran since its sovereign independence was regained in 1979.

Things are likely to remain at least largely unchanged under Biden/Harris ahead — in cahoots with Israel.

Netanyahu regime IDF chief of staff Aviv Kohavi indicated that Israeli plans are being prepared to strike Iran's legitimate nuclear facilities with no military component if Biden/Harris return to the JCPOA, adding:

"Iran can decide that it wants to advance to a bomb, either covertly or in a provocative way (sic)."

"In light of this basic analysis (sic), I have ordered the IDF to prepare a number of operational plans, in addition to the existing ones."

"We are studying these plans and we will develop them over the next year."

"The government will of course be the one to decide if they should be used."

"But these plans must be on the table, in existence and trained for."

"With the changing of the (US regime), the Iranians have said they want to return to the" JCPOA.

"I want to state my position, the position that I give to all my colleagues when I meet them around the world."

"Returning to the 2015 nuclear agreement or even to an agreement that is similar but with a few improvements is a bad thing (sic) and it is not the right thing to do (sic)."

"If the 2015 nuclear deal were carried out, Iran would be able to get itself a weapon (sic) because the agreement did not include limits to prevent this when (the agreement) ended."

"As of today, Iran has increased the amount of enriched material beyond what was permitted (sic)."

"It enriched it to levels beyond what was permitted (sic)."

"It developed and manufactured centrifuges that will allow it to rush ahead and produce a weapon at a much faster rate, within months, maybe even weeks (sic)."

"No one has any doubt (sic). Iran hopes, wants, identified and built the capabilities necessary to be a military nuclear power (sic)."

"And maybe even use them when it decides it wants to (sic)."

The above combines saber-rattling bluffing by Kohavi with Big Lies about Iran's legitimate nuclear program.

Israel wouldn't dare attack Iran without US permission and involvement.

If its territory is struck preemptively by a foreign aggressor, a stiff price will be paid.

The world community knows that Iran's legitimate nuclear program has no military component.

The Islamic Republic banned development of these weapons, wanting them eliminated everywhere before they eliminate us.

Nothing Iran is currently doing suggests a change of policy, nothing that indicates an Islamic Republic intention to go where it never went before and publicly renounced.

President Rouhani's chief of staff Mahmoud Vaezi called Kohavi's bluster "psychological warfare, and they have virtually no plan, no ability, and no capability to" attack Iran without paying an enormous price the Netanyahu regime won't risk.

"Israel must be prepared to defend itself in any way, but red lines are drawn in closed rooms."

Unmentioned by Kohavi, Gantz, and other Israeli officials is that the Jewish state is the only regional nuclear armed and dangerous nation, along with the presence of likely nuclear armed US forces.

Both countries maintain stockpiles of chemical, biological and other banned weapons.

Israel is a regional menace, the US a global one. They partner in each other's wars of aggression.

In stark contrast, Iran hasn't attacked another country in centuries, threatening none now.

It prioritizes peace, stability and cooperative relations with other nations.

Iran is a good neighbor, not a belligerent or confrontational one like the US, other Western nations and Israel.

The Persian Gulf (infested with US forces where they don't belong) "would be contested waters (sic) under any scenario of armed conflict with Iran, so you look at the places where you would move your forces as they enter the theater from being in a contested area (sic)."

"These are prudent military planning measures that allow for temporary or conditional access of facilities in the event of a contingency and are not provocative in any way, nor are they an expansion of the US footprint in the region (sic)."

Reports of Iran gearing up for war are nonsense. IRGC preparations are defensive against a possible attack on its territory, the nation's UN Charter right.

Iran wants peace but must be able to defend against a foreign aggressor.

While this scenario is unlikely to unfold ahead, US/Israeli imperial aims make anything possible.

The Middle East is one of the world's hot spots because of US/NATO/Israeli belligerence.

Biden/Harris are highly unlikely to choose a more constructive course ahead.

Fireworks are most likely ahead against one or more invented enemies.

It's how the scourge of US imperialism operates.