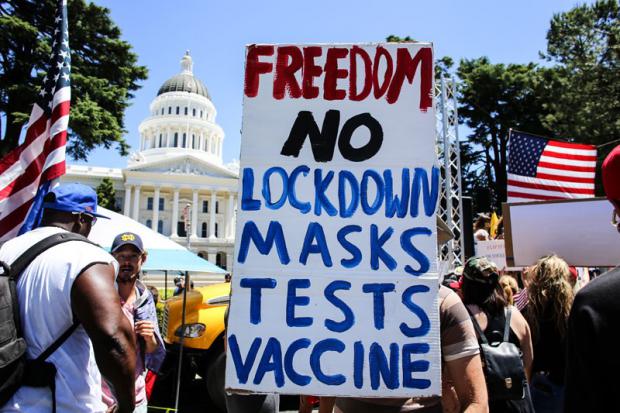 Americans and Europeans are systematically lied to by their governments on virtually all issues affecting their health, welfare, safety, and fundamental rights.

Instead of governance of, by, and for everyone equitably, Western ones and others are mortal enemies of ordinary people.

Establishment media are part of the problem.

Serving as press agents for wealth, power, and other privileged interests, they suppress what's most important for everyone to know.

They've reported nothing about what's covered below, what I and other independent writers stress time and again:

Despite years of research, no safe and effective coronavirus vaccine was ever developed.

NONE, repeat NONE, exist now.

Covid is renamed seasonal flu/influenza that shows up annually in most countries from around October to May.

Claims otherwise are fabricated to perpetuate the ongoing scam against public health, well-being and safety.

How can a viral illness be caused by a nonexistent virus?

PCR tests are worthless. Nearly all positive results are false.

Face masks are porous to permit breathing. They don't protect and harm health when used longterm — including the risk of lung cancer.

It's alll about enforcing destructive social control and furthering the greatest ever wealth transfer from most people to privileged ones.

Social distancing disrupts normal interactions that are vital to everyday life. Humans weren't meant to live in isolation from others.

The rage to mass-vax for covid has earmarks of orchestrated depopulation to eliminate societies' most vulnerable and shorten the lifespan of others.

Evidence is overwhelming that when used as directed, covid vaccines don't protect and risk serious harm to health, including widespread numbers of deaths.

Elderly individuals with weakened immune systems are most vulnerable.

Numerous reports revealed that large numbers of nursing home residents in the US and West are dying after being vaxxed for covid.

RT reported that all 78 residents and 12 staff members at the Lagarta Residence for the Elderly in Spain tested positive for covid — AFTER being vaxxed with Pfizer's mRNA experimental vaccine.

Truth-telling physicians and scientists have been sounding the alarm for months about the hazards to health from covid vaxxing.

Mass-vaxxing for covid "may destroy the lives of millions."

The so-called covid "vaccine" isn't one according to how vaccines are scientifically defined.

They're "experimental gene therapy that could prematurely kill large amounts of the population and disable exponentially more."

Pfizer, Moderna, AstraZeneca, and other Western ones are "experimental gene therapy (devices) that could prematurely kill…and disable exponentially more" people over an extended period.

So "it must be complexed with lipids or polymers."

These "vaccines use PEGylated lipid nanoparticles…PEG (that's) known to cause anaphylaxis" that risks death.

"(I)njecting synthetic thermostable mRNA (mRNA that is resistant to breaking down) is highly problematic as it can fuel chronic, long-term inflammation."

"Anyone with an inflammatory disease such as rheumatoid arthritis, Parkinson's disease or chronic Lyme and those with acquired immune deficiency/dysfunction from any microbial pathogen, brain trauma or environmental toxin are at high risk of dying from COVID-19 mRNA vaccines."

Noted virologist Judy Mikovits explained that large numbers of people are dying after being vaxxed for covid.

What's going on is "illegal," she stressed. "It shouldn't be done. It should be stopped right now."

"It should have never been allowed to happen.Yet we see it being forced on the most vulnerable populations."

It's state-sponsored destruction of human health and murder — a widespread crime against humanity.

Mutiple shots greatly increase the risk of harm to health or death — the more follow-up doses the greater the risk.

According to Mikovits, up to 6% of Americans are already "infected with XMRV gammaretroviruses via contaminated vaccines."

"Anyone with an inflammatory disease like rheumatoid arthritis, Parkinson's disease, chronic Lyme disease, anybody with an acquired immune deficiency from any pathogens and environmental toxins, those are the people who will be killed, murdered, by" covid vaxxing.

What's going on and supported by

What "should never be allowed" is state-sponsored and heavily promoted.

Fraudster Fauci is part of the diabolical scheme, Mikovits stressed.

"I can't sleep (because of) how evil this is. This is so deadly, I can't scream it loud enough from the rooftops."

Millions of Americans are vulnerable to harm or death from covid vaxxing, many millions more abroad.

To preserve and protect human health, it's crucial to avoid them.

Get vaxxed for covid and risk serious harm to health or death in the near-or-longer-term.