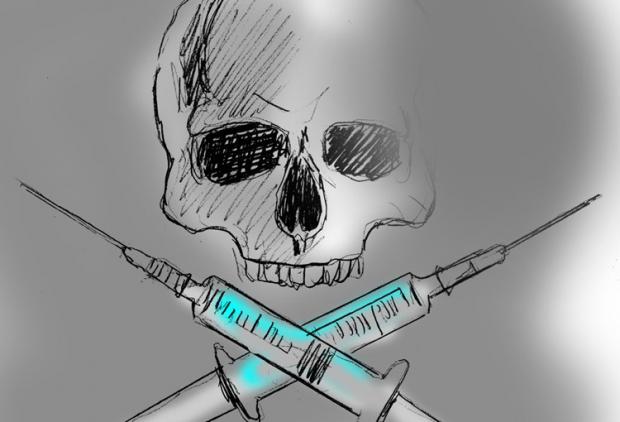 Throughout the post-WW II period, both right wings of the US war party used and continue to use chemical, biological, radiological, and other banned weapons on invented enemies.

Earlier, biological warfare was waged on Native Americans by use of smallpox infected blankets.

Throughout US history, dirty wars at home and abroad included use of banned weapons.

Mass-vaxxing for seasonal flu-renamed covid is a form of biowarfare on human health. Today it's being waged worldwide.

An all-out US/Western state-sponsored/Big Media proliferated mass deception campaign is all about convincing ordinary people to volunteer as guinea pigs for the largest ever human experiment that risks enormous harm to the health and well-being of everyone going along with the scam.

They're an enormous cash cow for Big Pharma, why they're promoted and pushed by Big Government.

Covid vaccines are the motherlode of them all to let Pharma cash in big on a bonanza of profits if things go as planned.

Children's Health Defense explained that "(c)hildhood health epidemics have mushroomed along with the childhood vaccine schedule."

All of the above are dangerous. When combined, they exponentially increase the threat to health and well-being.

US dark forces in cahoots with Pharma and media press agents are harming generations of infants, youths and adults in pursuit of their diabolical aims.

Pharma claims about vaccine effectiveness and safety are fabricated.

Based on what's known so far, covid vaccines are far more harmful to health than others developed earlier.

Unapproved by the FDA highlights the hazards they pose.

It's why no one wanting to protect and preserve health should go near them.

The risk of near-or-later-term harm is overwhelming, especially when combined with use of other drugs.

They all contain ingredients that risk harm to health.

Instead of protecting public health, governments in the US, West and elsewhere support Big Pharma — no matter the hazards posed by toxins in their drugs.

Whenever "anybody" challenges their safety, they're "censored."

"We had a lot of bioweapons over the years and the one I was very worried about was smallpox."

"But most of these bioweapons were either hard to distribute or there was treatment for them."

"(T)here is a host of evidence that shows coronavirus is a naturally occurring very benign virus that doesn't even give most people the cold but at the most it'll give you a common cold."

"If we are at biowarfare right now as a part of this multi-dimensional warfare, if you have a treatment in your back pocket they cannot terrorize you with viruses and that's important because…(the vaccine) doesn't prevent transmission by their own admission."

No vaccines are needed for seasonal flu-renamed covid.

Merritt stressed that the "chance of survival" and recovery from "viral flu" exceeds 99.9%

When vaxxed for covid, you're "not getting a vaccine," Merritt explained.

The damage is irreversible. It'll show up incrementally over time that eventually is highly likely to greatly harm millions or potentially billions of people.

Merritt stressed that if a foreign adversary wanted to wage biowarfare on the US, hazardous covid mRNA vaccines would be "perfect binary weapon(s)."

Merritt's advice: Relief from what's going on is "easy."

"Turn off your TV…(T)ake off your mask." Resume your normal life as before.

Merritt isn't alone. Thousands of doctors and scientists worldwide warned against use of experimental covid vaccines.

They're unsafe, don't protect, and risk enormous harm to health when used as directed.