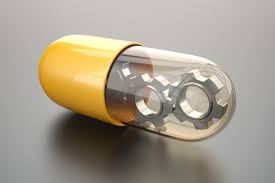 Big Pharma prioritizes maximum profits no matter the cost to human health they're indifferent toward.

Pharma does what it pleases because lobbyists representing their interests control congressional lawmakers and others abroad.

In the last decade, mergers and acquisitions consolidated the industry from 60 international firms to 10.

Greater consolidation increased Pharma power to raise prices exponentially to gouge consumers unchallenged because governments in Washington and elsewhere in the West do nothing to constrain them.

Like other corporate predators, maximum profitmaking is the be all and end all of Pharma's operating strategy.

According to a report by Rep. Katie Porter, "(i)t's time that we reevaluate the standards for approving (Pharma) mergers."

"It's time we pass legislation to lower drug prices."

"And it's time we rethink the structure of leadership at big pharmaceutical companies."

"In 2018, the year (of) Trump's tax giveaway to" corporate predators and America's super-rich, "12 of the biggest pharmaceutical companies spent more money on stock buybacks than on research and development."

It increases profitability through greater market share and other anti-consumer practices.

"Instead of spending on innovation, Big Pharma is hoarding its money for salaries and dividends, all while swallowing smaller companies, thus making the marketplace far less competitive," Porter explained.

Separately, she tweeted the following:

"For years, Big Pharma has gobbled up small biotech firms that might otherwise force them to compete."

"As soon as these companies are acquired, innovation stops."

"The culture of creativity is killed. The small firm's vision is lost, and the big firm's profits become priority."

These firms "are not responsible for most major breakthroughs in new drugs."

"Rather, innovation is driven in small firms, which are often spun off of taxpayer-funded academic research."

"These small labs are then purchased by giant firms after they've assumed the risk needed to develop a blockbuster drug."

Instead of R&D in search of breakthrough drugs for disease fighting, Pharma focuses on "incremental changes to existing drugs in order to kill off generic threats to their government-granted monopoly patents."

It's time to rein in predatory practices by which Pharma consolidates market power that enables greater price-gouging of consumers.

According to Gallup research, Pharma "is now the most poorly regarded industry in Americans' eyes, ranking last on a list of 25 industries that Gallup tests annually."

"Americans are more than twice as likely to rate the pharmaceutical industry negatively (58%) as positively (27%), giving it a net-positive score of -31."