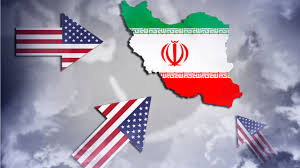 Endless US Propaganda War on Iran

Orchestrated by US dark forces, Big Media proliferated propaganda war rages against Iran for not selling its soul to hegemon USA.

On all things Iran and other nations free from US control, Biden is Trump with a party label difference.

There's virtually no chance that any US regime will turn a page for world peace, stability, and cooperative relations with other countries -- just the opposite.

Straightaway in office, Biden continued longstanding US dirty business as usual with no end of it in prospect.

War on Iran by other means continues unchanged. Chances for improved relations with the US are virtually nil. Seeking them is futile.

Ignoring straightaway initiated Biden regime war on Iran by other means, he defied reality with the following Big Lie, saying:

"Iran's behavior in recent weeks in months…further distance(s) itself from the JCPOA (sic).

"(W)e certainly hope to be able to pursue that pathway of diplomacy in order to resolve what we do consider to be an urgent challenge (sic)."

Let's see if I've got this straight.

The US under both right wings of its war party wages endless preemptive wars by hot and other means on invented enemies threatening no one -- including on Iran since becoming liberated from US imperial control in 1979.

In stark contrast to hegemon USA, the Islamic Republic and other nations on its hit list prioritize peace, stability, and cooperative relations with other countries.

Ignoring the above, Washington consistently and repeatedly blames other nations for lawless US actions against them.

Iran and other countries free from US control observe and fulfill their international law obligations -- including provisions of treaties and other agreements they're signatories to.

In stark contrast, the US long ago abandoned the rule of law in pursuing its endless war on humanity at home and abroad for unchallenged global dominance.

The US under undemocratic Dems and Republicans stands guilty as charged.

Pointing fingers at invented adversaries for its own wrongdoing fools no one.

Its unacceptable actions hasten its decline. It's impossible for peace-loving nations like Iran to engage with the US diplomatically.

Hegemons don't negotiate. They don't engage with other countries diplomatically. They demand, Washington's hammer poised to fall on nonbelievers.

The CIA-linked Washington Post and other Big Media reported the following:

"R&D activities related to the design of an improved type of fuel for the Tehran Research Reactor has started."

"Natural uranium will be used to produce uranium metal in the first stage."

It's also about safeguarding the country's national security and related interests.

What's going on has nothing to do with producing nuclear weapons.

What's well known by the IAEA, West and Big Media is ignored to maintain a steady drumbeat of anti-Iran propaganda.

WaPo defied reality by claiming that Tehran "has enough enriched uranium to make a bomb" it doesn't seek and requires uranium enriched to at least 90% purity.

At 20%, Iran is worlds away from this level.

Uranium metal "technology is a necessity for Iran, which has to meet its patients' demands for radio-pharmaceuticals with the best quality."

"(C)ompletely based on humanitarian and peaceful grounds," what's going on has no military applications.

Claims otherwise are bald-faced Big Lies -- an unending drumbeat of them faced by Iran that defy reality.

Whenever claims surface about pursuit of nuclear weapons by Iran, they're baseless, no credible information supporting them.

Iran's production of uranium metal is solely for non-military purposes, the legitimate right of all nations.

In stark contrast to the US-dominated West and Israel, Iran fully complies with its international law obligations.

Yet war on the country by other means continues with no end of it in prospect.