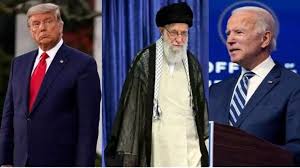 JCPOA on the Rocks?

Their Biden regime successors are posed to finish it off altogether.

Iranian patience has limits. It's running out because rhetoric and actions by Biden and his E3 counterparts show no intention of complying with their mandated obligations.

If nothing changes by February 21 — what's highly likely — Iran will begin scaling back its own JCPOA commitments.

Its Strategic Action to Lift Sanctions and Protect the Nation's Rights law mandates it by a step-by-step process.

Article 6 of the law states that if other JCPOA signatories remain in noncompliance its obligations — referring to scofflaws USA, UK, France and Germany — Iran will no longer be obligated to fulfill its own.

The West failed to lift illegally imposed sanctions, continue obstructing Iran's oil exports, block its banking ties, along with harming the nation's economy and people in many other ways.

In response, as mandated by the above law, Tehran will stop IAEA monitoring of its facilities beyond their pre-JCPOA level.

Implementation of the Additional Protocol no longer will apply, what lets IAEA  inspectors make unannounced visits to designated Iranian facilities.

The West has had over two-and-half years to reverse its unlawful actions against Iran.

Yet things continue with no signs of changing what's unacceptable and flagrantly breach Security Council Res. 2231, affirming the JCPOA, making it binding international law on all nations.

The Biden regime and E3 countries are playing with fire.

Instead of engaging with Iran cooperatively and complying with their JCPOA obligations, they continue going the other way.

"We, the governments of France, Germany and the United Kingdom, note with grave concern (sic) the recent confirmation by the IAEA that Iran is producing uranium metal in violation of the JCPoA (sic)."

"Under the JCPoA, Iran committed not to engage in producing or acquiring uranium metal or to conduct research and development on uranium metallurgy for 15 years (sic)."

Recalling our statement of January 16, we reiterate that Iran has no credible civilian justification for these activities (sic), which are a key step in the development of a nuclear weapon (sic)."

"We strongly urge Iran to halt these activities without delay and not to take any new non-compliant steps on its nuclear program (sic)."

"In escalating its non-compliance (sic), Iran is undermining the opportunity for renewed diplomacy to fully realize the objectives of the JCPOA (sic)."

The above reinvention of reality by E3 countries further affirms the futility of dealing with them diplomatically — the same true for the US.

In cahoots with each other, time and again they falsely blame Iran and other targeted nations of their own criminal actions against them.

Less than a week ahead of Iran's deadline for Western compliance with its JCPOA obligations, it's no exaggeration to declare the landmark nuclear deal dead.

What took years of negotiations to conclude dissolved in plain sight — the US and E3 fully to blame, clearly not Iran.

Can what's lost be revived? Yes. Is it likely? Chances are slim to none.