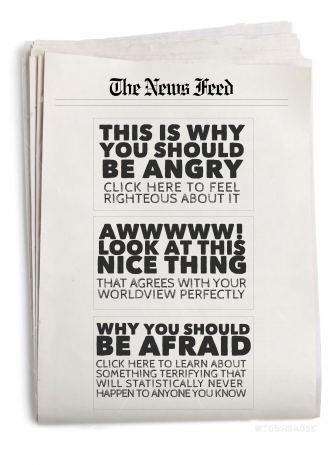 For the past year, press agent proliferators of mass deception have been spreading managed news misinformation and disinformation about seasonal-flu-renamed covid.

The so-called menacing pandemic has been showing up annually for time immemorial with no accompanying fear-mongering mass deception campaign and other harmful to health and well-being practices that transformed normality in the West into a diabolical new abnormal.

They're mortal enemies of truth and full disclosure on issues mattering most.

Along with pushing Big Lies about  covid, they support unacceptable social control, the greatest ever transfer of wealth scam from ordinary people to privileged ones, and mass-jabbing of toxins that don't protect and risk serious harm to health that can be fatal.

Endless mind-manipulating propaganda terrorized and perhaps traumatized most Americans and others in the West to believe they're threatened since last year by what happens annually like clockwork.

The most sustained mass deception campaign in modern memory continues with no end of it in prospect.

In cahoots with Big Government and Big Pharma, Western presstitutes conned most people to accept a false reality that's inflicting enormous harm on most people so privileged ones can benefit hugely.

If ever rejection of the official falsified narrative and mass resistance against war on public health and well-being was needed it's now.

The NYT is in the Big Media vanguard of mind-manipulating propaganda on what's going on.

In daily editions are filled with misinformation and disinformation rubbish — a false reality that suppresses what's vital for everyone to know.

Numbers of seasonal flu/influenza-renamed covid outbreaks since early last year have been virtually no different that in most previous years.

Not according to Times disinformation, publishing deep state talking points that falsely claim the following:

"A dismal spring awaits unless (unacceptable steps are taken to) slow the spread of" seasonal flu that arrives annually in cold weather and leaves when things warm up.

"How soon life returns to normal depends on what we do now (sic)," according to Times mass deception, adding:

"The covid omens are not good (sic)."

According to a so-called covid states project survey, 80% of respondents said they're following (mass media promoted) masks in public (that don't protect and risk harm), along with (destructive of normal human interactions by practicing) social distancing.

They're also attending fewer gatherings with friends and family members.

Over a year ago, who ever could have imagined that most Americans and others in the West would go along with voluntary house arrest and other harmful to health and well-being practices that demand universal rejection, not acceptance.

Everything recommended and mandated since last year is harmful, not beneficial.

Instead of exposing and condemning what's likely the greatest public health scam of all time, Big Media push it relentlessly in daily editions.

According to Times disinformation, "(t)his is all good (sic)."

"Americans confronted the realities of a dark winter and stepped up (sic)."

"But this feel-good moment is obscuring what could be a dismal spring and the potential of further lockdowns unless we can continue to slow the spread of this virus (sic)."

Annually, seasonal flu now called covid slows and goes on its own with no diabolical practices ongoing now.

Its centerpiece is mass-jabbing with hazardous unapproved/experimental drugs that don't protect and risk enormous harm to health when taken as directed.

The Times and other Big Media are complicit in what risks unprecedented harm to potentially millions of people in the West if the greatest scam of our time isn't challenged and stopped.