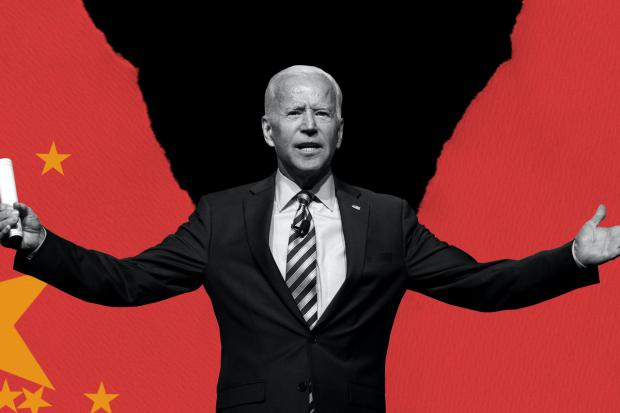 On all things related to nations from from US control, toughness is longstanding policy by both right wings of the imperial state.

Remarks by Biden and hardliners around him suggest little or no change in confrontational policies toward China.

All of the above apply to how US-dominated Western countries, Israel, and their imperial partners operate in stark contrast to China's pursuit of peace, stability and cooperative relations with other nations.

Calling the country the "top (US) strategic competitor, he added that "(w)here China is not willing to play on a level playing field (sic), it's important that we hold them accountable in the international system."

He called what appears to be continued US hostility toward Beijing, "demonstrat(ing) to the Chinese that they're isolated when they violate the rules (sic)."

Accusing its leadership of "unfair economic practices" is all about reacting to how the country is heading toward displacing the US as the world's leading economy.

They "must play a role in responding to authoritarian governments (sic) that seek to subvert our democratic institutions (sic); combating unfair economic practices in China and elsewhere (sic); and detecting and eliminating terrorist organizations that seek to do us harm (sic)."

The above remarks reflect how Washington repeatedly blames countries free from its control of its own rule of law breaches -- including support for terrorism it pretends to oppose.

Biden stacked his regime with hostile to China hardliners.

A Pentagon China task force is reviewing US strategy toward the country.

He also called for partnering with other nations in confronting China on trade and human rights.

Biden's national security advisor Sullivan called for a "chorus of voices" with US imperial partners to confront China on the world stage.

Treasury Secretary Yellen vowed to "use the full array of (US) tools" against what she called "abusive" practices by China.

Commerce Secretary Raimondo slammed what she claimed are actions by Beijing that are "anticompetitive, hurtful to American workers and businesses, and coercive (sic)."

The US "US should stop preaching to China on human rights."

"China's human rights construction has brought tangible benefits to all Chinese people, while the US human rights view is more suitable to be used to brag about and as an ideological tool to launch attacks against others."

Based on public remarks by key Biden regime officials, confrontational toughness will define Washington's agenda toward China on his watch.

According to investment firm Raymond James:

"Early staffing decisions (by Biden) indicate…a potentially longer than expected timeline to any adjustments in US tariff policy" on China and other nations, adding:

"Incoming staff do not feel an urgent need to make near-term policy changes, including adjustment to tariffs, as the general sense is they have been less disruptive than originally feared."