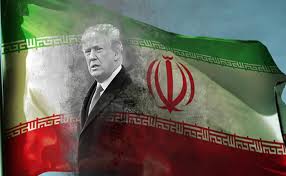 Both right wings of the US war party prove time and again they can never be trusted.

Failure to fulfill its JCPOA obligations is one of countless other examples.

On Wednesday, Iranian Foreign Minister Zarif slammed the West, saying his country distrusts their ruling authorities for good reason, especially the US.

"Iran has always fulfilled its undertakings, and it is the US that has withdrawn from the nuclear deal," he stressed, adding:

After Trump illegally abandoned the JCPOA in May 2018, his regime admitted that Iran fulfilled its obligations under its provisions.

No just cause exists to distrust Iran, observing all its international law obligations — polar opposite how the US, West and Israel operate.

"If the problem is distrust, it is Iran that is distrustful of the Western countries that have never implemented the nuclear deal properly and correctly," Zarif stressed.

Straightaway after its implementation on January 16, 2016, the Obama/Biden regime breached the UN Charter and JCPOA.

At the time, AP News reported the following:

On January 17, 2016, the US "imposed sanctions against 11 individuals and entities involved in Iran's ballistic missile program as a result of Tehran's firing of a medium-range ballistic missile, a new punishment one day after the Obama (regime) lifted (US sanctions) against the Islamic Republic over its nuclear program."

Iran's missile program "poses a significant threat to regional and global security (sic), and it will continue to be subject to international sanctions."

Iranian ballistic, cruise and other missiles are solely for defense — never once used preemptively against another nation.

They pose a "significant threat" to potential aggressors like the US, other NATO countries, Israel, and their imperial partners — no threat whatever to regional peace and stability.

Sanctions imposed on the program by Obama/Biden breached the UN Charter, other longstanding international law and the JCPOA.

Their imposition represented the first US shot across the bow against the landmark agreement — perhaps irreparably sabotaged by Trump's unlawful withdrawal.

On January 17, 2016, Szubin added that the US will "vigorously press sanctions against Iranian activities" — for invented reasons, not legitimate ones.

All of the above apply to Washington, NATO, Israel and their imperial partners — not the Islamic Republic.

The US under Obama/Biden and Trump had no intention of engaging with Iran in good faith from day one of their tenure, no intention to fulfill their international law obligations.

The same holds for Biden/Harris.

Zarif is right. The US can never be trusted, its word virtually never its bond, its international agreements subject to abandonment at its discretion.

On Wednesday, Iranian Deputy Foreign Minister Abbas Araqchi repeated what he, Zarif, and other Iranian officials stressed many times.

"We are also opposed to inclusion of any new article or articles to this deal," he added.

"(T)here must be no word added to or removed from it. This is crystal clear."

Phony claims about illicit Iranian activities to develop nukes persist — despite no evidence suggesting it.

"…Iranian society, among the public and policymakers alike, seem to increasingly see the weapon not just as an ultimate deterrent but as a panacea for Iran's chronic security problems and challenges to its sovereignty by foreign powers (sic)."

Nukes if possessed might make the nation more vulnerable to aggression than already.

Virtually everything Iran is accused of by the US, EU and Israel is fabricated.

It's part of longstanding war on the country by other means since its liberating 1979 revolution.

There's no end of it in prospect as long as Iran remains free from US control.

That's what its anti-Iran rage is all about — unrelated to Islamic Republic threats that don't exist.

In sharp contrast, the US and its imperial partners pose an unparalleled threat to everyone everywhere.

That's what the free world should go all out against — allied with Iran in fostering peace and stability over endless US-led wars of aggression against invented enemies.