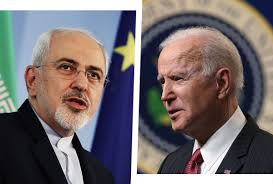 Evidence mounts. On Tuesday, interventionist Blinken escalated US war on Iran by other means.

He falsely accused its ruling authorities of "abus(ing) its citizens" — a longstanding US specialty at home and abroad.

"We will continue to consider all appropriate tools to impose costs on those responsible for human rights violations and abuses in Iran (sic)."

"We will also work with our allies to promote accountability for such violations and abuses (sic)."

"The United States will continue to support the rights of people in Iran and demand the Iranian government treat its people with respect and dignity (sic)."

On all things related to human and civil rights at home and abroad, the US consistently and repeatedly breaches international, constitutional, and its own statute laws.

At the same time, it blames other nations for US high crimes committed against them.

In stark contrast to long ago US abandonment of the rule of law, due process and judicial fairness, Iran scrupulously observes these principles.

As part of its war on humanity — including forever wars by hot and other means against invented enemies — US regimes are guilty of countless human rights abuses.

They include mass slaughter and destruction, color revolutions, old-fashioned coups, illegal sanctions, targeted assassinations, support for jihadist groups, imprisoning thousands at home and abroad in its global gulag for political reasons, torture, backing despots, and overall contempt for the rule of law.

By letter on Monday, they urged the Biden regime to use "the full force of our diplomatic and economic tools…to come to an agreement that meaningfully constrains (Iran's nonexistent) destabilizing activity throughout the Middle East and its (legitimate) ballistic missile program" for defense, not offense — the way the US, NATO, Israel, and their imperial partners operate."

They want a permanent US state of war by other means maintained on Iran — and other countries free from its control.

They may have new hot wars in mind — part of Washington's permanent war agenda throughout most of the post WW II period, adding the following:

"While we may have differing views on the Joint Comprehensive Plan of Action of 2015 and the overall approach of (Trump's) maximum pressure campaign, we must confront the reality that Iran has accelerated its nuclear activity in alarming ways (sic)."

"We further agree that outside of its nuclear program, Iran continues to pose a threat to US and international security (sic)."

Iran threatens no one. The US and its imperial partners pose an unprecedented threat to humanity.

The above is well-known to the world community of nations.

According to J Street's advocacy director Dylan Williams, AIPAC is pressuring US lawmakers to maintain toughness on Iran.

The unregistered foreign agent/Zionist apartheid advocate opposes US return to JCPOA compliance and lifting of illegal sanctions on Iran.

Biden regime hardliners in charge of its geopolitical agenda have no intention of complying with its international law obligations, no plan to normalize relations with Iran.

All-out US war on the country and its people continue unchanged.

Unacceptable US toughness on Iran — likely to harden ahead — risks turning cold war hot by accident or design if things are pushed too far.

What's unthinkable is possible — and not just against Iran — because of US rage to rule the world unchallenged.

The worst of times likely lie ahead at home and abroad — ordinary Americans targeted like their counterparts abroad.