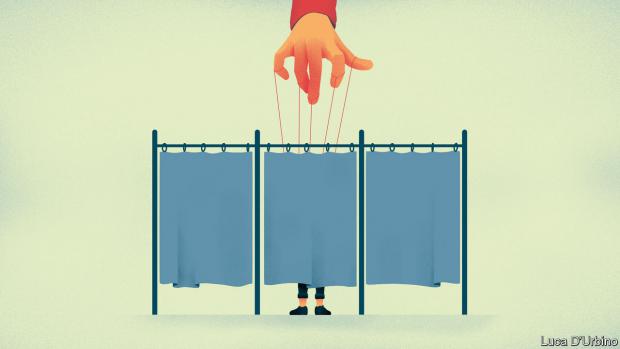 Foreign Meddling in or Threats to US Elections?

Whenever US intelligence community reports claim foreign interference or threats to federal elections, no credible evidence supports allegations because none exists.

House, Senate, and Mueller probes into alleged Russian US 2016 election interference ended with a collective whimper, not a bang.

Mueller's much ado about nothing politicized probe notably stood out as a witch hunt fiasco.

They issued 2,800 subpoenas, 500 search warrants, almost 50 orders authorizing use of pen registers, 13 requests to foreign governments for evidence, over 230 orders for communication records, interviewed about 500 individuals, and made 34 politicized indictments on dubious charges unconnected to his mandate.

The Mueller team discovered no evidence of Russian US election meddling, no collusion with Trump to triumph over Hillary, no  obstruction of justice.

Time, energy, and millions of dollars spent amounted to a colossal waste of the above.

Whenever claims or allegations surface about Russian or other foreign interference in US election, they fabricated.

Left unexplained is why would Russia or any other country interfere in America's one-party rule political process with two right wings?

Whenever farcical US elections are held, dirty business as usual continuity always wins.

Ordinary Americans have no say over how they're governed or by whom.

The US war party runs things, notably throughout the post-WW II period.

Its ruling authorities serve Wall Street, the military, industrial, security, media complex, and other corporate interests, along with high-net worth individuals — at the expense of ordinary people everywhere.

Americans get the best "democracy" money can buy, a fantasy version, never the real thing.

Yet on Tuesday, an unclassified version of a so-called US intelligence community assessment (ICA) maintained the myth of "foreign threats" to Election 2020.

Despite no evidence suggesting it, the report claimed — with "high confidence" — that Vladimir Putin authorized efforts to undermine Biden's presidential campaign, saying the following:

"We assess that…Putin authorized, and a range of Russian government organizations conducted, influence operations aimed at denigrating President Biden's candidacy and the (Dem) Party, supporting former President Trump, undermining public confidence in the electoral process, and exacerbating sociopolitical divisions in the US (sic)."

Whenever claims like the above aren't corroborated by credible evidence, they're groundless.

No evidence remotely suggests that Russia or any other nations ever interfered in the US electoral process — or threatened it in any way.

In response to the ICA, Russia's Washington embassy sharply as follows, saying:

"The document prepared by the US intelligence community is yet another set of groundless accusations against our country of interfering in American internal political processes."

"The conclusions of the report on the conduct by Russia of influence operations in America are confirmed solely by the confidence of the intelligence services in their correctness."

"No facts or concrete evidence of such claims (are) provided."

The March 10-dated ICA said "the Secretary of the Treasury, in consultation with the Secretary of State, the Attorney General, and the Secretary of Homeland Security, will impose appropriate sanctions for activities determined to constitute foreign interference in a US election (sic)."

Yet the ICA also said that "(w)e have no indications that any foreign actor attempted to alter any technical aspect of the voting process in the 2020 US elections, including voter registration, casting ballots, vote tabulation, or reporting results," adding:

"Some foreign actors, such as Iran and Russia, spread false or inflated claims about alleged compromises of voting systems to undermine public confidence in election processes and results (sic)."

Notably missing from the ICA was credible evidence to corroborate claims made.

The conclusion is self-evident.

Like virtually always before, claims about foreign interference in US elections or threats to undermine them — by Russia or other nations — are politicized rubbish when made.

They're part of longstanding US war by other means on nations free from its control.

It's waged by both right wings of the US war party.

Instead of fostering peace, stability, cooperative relations with other countries, and adherence to the rule of law, the US consistently goes the other way.

In so doing, it's furthering its own decline. History's dustbin awaits its arrival — where all former empires reside.