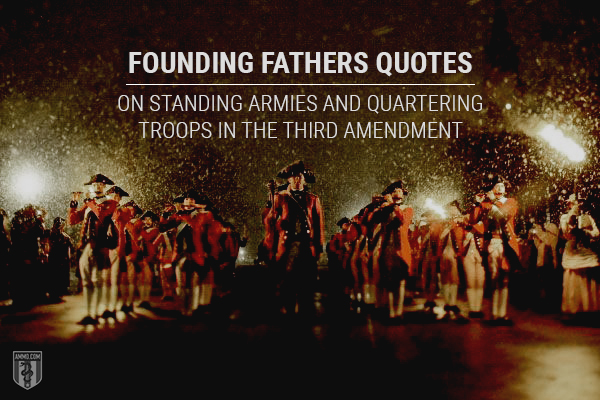 "No Soldier shall, in time of peace be quartered in any house, without the consent of the Owner, nor in time of war, but in a manner to be prescribed by law."

Imagine the military showing up at your home and demanding that you host soldiers – with no remuneration and for an indefinite period of time. It sounds insane, but this was, in fact, a normal occurrence at the time of the American Revolution. Indeed, one of the "Intolerable Acts" specifically provided for the alleged "right" of the British government to house its soldiers in private homes of its choosing. This was a bit of a collective punishment as well: Unruly soldiers dropped on your community could raise a lot of havoc.

The American Bar Association has referred to this as the "runt piglet" in the Bill of Rights. It has never been the primary basis of a Supreme Court decision throughout the entire history of the nation. It has been cited in a secondary manner regarding the right to privacy and the right of a person's home to be free of intrusion from agents of the state. Part of why this has been a largely non-controversial topic in American Constitutional history is simple – there have been very few invasions on American soil requiring the quartering of soldiers.

The Amendment is generally understood as not applying to the police.

"The army...is a dangerous instrument to play with."

"A standing army is one of the greatest mischiefs that can possibly happen." James Madison, Debates, Virginia Convention, 1787

"Standing armies are dangerous to liberty."

"None but an armed nation can dispense with a standing army." Thomas Jefferson, Letter to unknown recipient, February 25, 1803

"Always remember that an armed and trained militia is the firmest bulwark of republics—that without standing armies their liberty can never be in danger, nor with large ones safe."

"Our Union is not held together by standing armies, or by any ties, other than the positive interests and powerful attractions of its parts toward each other." James Monroe, Message to Congress, May 4, 1822

"I will now add what I do not like. First, the omission of a bill of rights, providing clearly, and without the aid of sophism, for freedom of religion, freedom of the press, protection against standing armies, restriction of monopolies, the eternal and unremitting force of the habeas corpus laws, and trials by jury, in all matters of fact triable by the law of the land, and not by the laws of nations."

Founding Fathers Quotes on Standing Armies and Quartering Troops in the Third Amendment originally appeared in The Resistance Library at Ammo.com.

Powerful Presidents Are Incompatible with Liberty

Nationalism vs. Patriotism: What's the Difference and Why it Matters