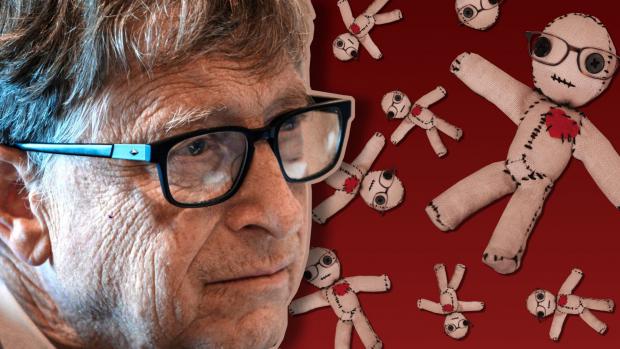 Covid Mass-Jabbing with Depopulation in Mind?

Long before hazardous to health mass-jabbing for seasonal flu-renamed covid began, Henry Kissinger endorsed the idea of eliminating maximum numbers of what he called "useless eaters."

What's gone on since early last year has multiple diabolical objectives in mind.

The most significant ones include the largest-ever-scale transfer of wealth from ordinary people to privileged ones, gaining social control by eliminating free and open societies, along with more greatly eroding fundamental freedoms ahead of ending them altogether.

Is global depopulation another key objective, especially targeting the elderly, infirm, and other segments of society designated for elimination?

Interviewed by America's Frontline Doctors (AFLDS), an activist group of physicians for medicine as it should be practiced over politicized science in cahoots with Western dark forces, their public health handmaidens and press agent media, Yeadon explained the following:

"I'm well aware of the global crimes against humanity being perpetrated against a large proportion of the worlds population."

"I feel great fear, but I'm not deterred from giving expert testimony to multiple groups of able lawyers like Rocco Galati in Canada and Reiner Fuellmich in Germany."

"I have absolutely no doubt that we are in the presence of evil (not a determination I've ever made before in a 40-year research career) and dangerous products."

"In the UK, it's abundantly clear that the authorities are bent on a course which will result in administering 'vaccines' to as many of the population as they can."

"This is madness, because even if these agents were legitimate, protection is needed only by those at notably elevated risk of death from the virus."

"In those people, there might even be an argument that the risks are worth bearing."

"And there definitely are risks which are what I call 'mechanistic': inbuilt in the way they work."

"But all the other people, those in good health and younger than 60 years, perhaps a little older, they don't perish from the virus."

"In this large group, it's wholly unethical to administer something novel and for which the potential for unwanted effects after a few months is completely uncharacterized."

"In no other era would it be wise to do what is stated as the intention."

"Since I know this with certainty, and I know those driving it know this too, we have to enquire: What is their motive?"

"While I don't know, I have strong theoretical answers, only one of which relates to money and that motive doesn't work, because the same quantum can be arrived at by doubling the unit cost and giving the agent to half as many people."

"Dilemma solved. So it's something else."

"Appreciating that, by entire population, it is also intended that minor children and eventually babies are to be included in the net, and that's what I interpret to be an evil act."

"There is no medical rationale for it."

"Knowing as I do that the design of these 'vaccines' results, in the expression in the bodies of recipients, expression of the spike protein, which has adverse biological effects of its own which, in some people, are harmful (initiating blood coagulation and activating the immune 'complement system'), I'm determined to point out that those not at risk from this virus should not be exposed to the risk of unwanted effects from these agents."

Separately, Yeadon said there's "absolutely no need for vaccines to extinguish the pandemic."

"You do not vaccinate people who aren't at risk from a disease."

"You also don't set about planning to vaccinate millions of fit and healthy people with a vaccine that hasn't been extensively tested on human subjects."

Yeadon warned against using PCR tests that most always are invalid. Most all positive results are false.

So widely administering the test is an exercise in mass deception to produce large numbers of meaningless results to fear-monger millions of people to self-inflict harm by being jabbed with hazardous, experimental, unapproved, rushed to market drugs that let Pharma cash in big by toxifying societies.

Jabbing for covid offers no protection but risks great harm.

It's at a time when "(p)owerful interests are undermining the effective practice of medicine with politicized science and biased information."

AFLDS and likeminded doctors practice medicine as it should be — to benefit, not harm, patients.

They urge use of safe, effective, low-cost drugs known to work when used as directed — only as needed.

They oppose hazardous mRNA technology and vaccines for seasonal flu now called covid —because they risk enormous harm when used as directed.

They're against destructive to public health and economic well-being  shutdowns, quarantines, masks, PCR tests, and social distancing — all of the above inflicting enormous harm, none of it beneficial.

Experimental drugs given emergency use authorization in the US, Europe and Canada — when no emergency exists — are state-approved/media supported bioweapons of mass destruction.

In a few short months, millions have already been harmed, many seriously. Many more died.

If depopulation is one of the key objectives behind what's going on — near-or-longer-term — the diabolical scheme is working as intended.

Many thousands of scientists and medical professionals aware of what's going on are speaking out publicly as best they can — despite dark forces in the West and their media press agents wanting them silenced.

Note: Growing numbers of people jabbed for covid protection are contracting the illness.

It's happening in the US nationwide and across Europe.

Public health officials knew in advance this would happen.

Vaccines notoriously cause diseases they're supposed to protect against but don't.

After smallpox practically disappeared in the US, large numbers of outbreaks occurred after inoculations against the disease began.

Salk later admitting that mass inoculations for polio caused an epidemic of the disease after 1961.

Vaccines are hazardous to health.

Covid mass-jabbing is a harmful to health scam.

Adverse reactions from vaxxing causes many deaths and disabling disorders.

Vaccines are an unreliable way to prevent illness and disease.

For the past year, we've been lied to and mass deceived by Western dark forces, Pharma and their media press agents.

Following their advice and mandates risks serious to irreversible harm to health or death straightaway or later on — with no protection from disease gotten.